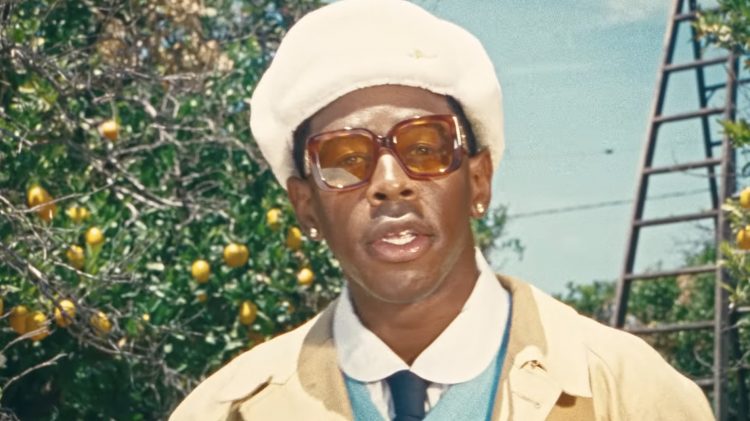 Just hours after releasing his latest project CALL ME IF YOU GET LOST, Tyler, The Creator unveils the music video for his song ‘JUGGERNAUT.’ The rapper took to social media and uploaded a clip of the visual, where he’s seen standing in a field of lemon trees.

His current album, which features guest appearances from Ty Dolla $ign, Lil Wayne, NBA YoungBoy and DJ Drama to name a few, is receiving positive feedback. Shortly after its release, Tyler had to hop on Twitter to clarify the rumors surrounding ‘JUGGERNAUT’ and how it was meant for an Uzi and Pharrell collab. “idk who starts narratives but it is not from a scrapped p and uzi album, idk where you got that info from,” he tweeted. “man genius just be saying anything lmfao, even the lyric meanings be way off im like ??? “

Watch the video for ‘JUGGERNAUT’ below.