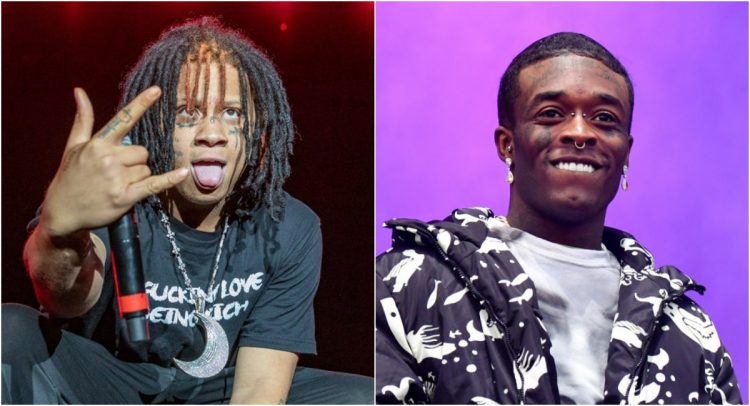 Trippie Redd records at a fast pace and that’s why he has released a bunch of music over the last few months, the latest being the Rock project NEON SHARK vs. Pegasus (executive produced by Travis Barker) which served as the deluxe version to his Pegasus album.

A few weeks ago, the versatile rapper announced that he is working on a new album called Trip At Knight and that it would be releasing before his tour, which kicks off August 25th. Today, he unveils the first official single off the album, the much anticipated collaboration with Lil Uzi Vert, ‘Holy Smokes’.

Trippie has previously called Uzi one of the “GOATS” of the era so it’s no surprise that the two ragers have come together for a striking song. ‘Hoy Smokes’ has a lot of catchy melodies which could pull massive interest on streaming. Check it out below (currently only out in select international markets).