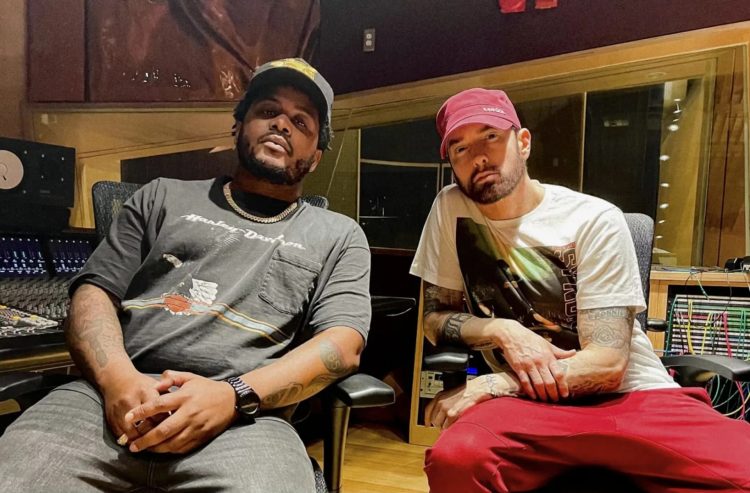 Last month, it was announced that Eminem had signed rising Atlanta rapper GRIP to Shady Records.

Earlier this month, the rapper announced his new album I Died For This!? and a few days ago, unveiled the official tracklist which revealed a song with label boss, Em. The Shady Records head honcho assists GRIP on track #10, ‘Walkthrough!’

As is expected from most tracks that Eminem decides to jump on, this one too is a bars-fest that his fans will certainly enjoy. You can listen below (currently only available in select international markets) before the album arrives on all DSPs later tonight (Friday).

Apart from Em, other guest appearances on the album include Royce Da 5’9″, as well Wiley From Atlanta, Kenny Mason and more.