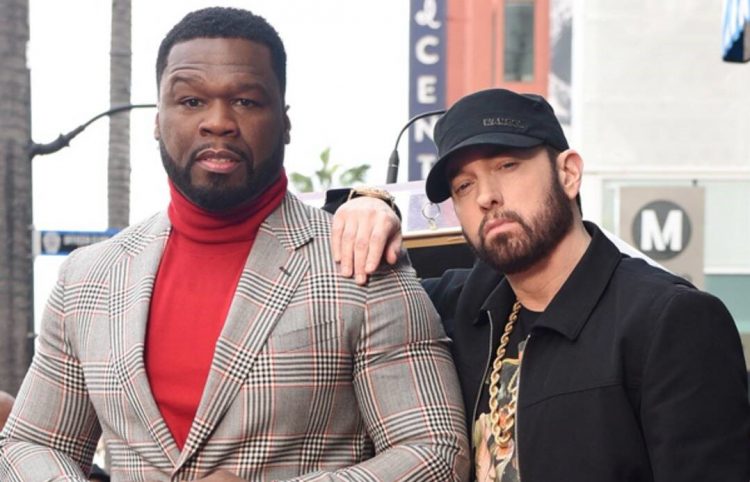 Eminem and 50 Cent are back collaborating again but it’s not exactly music this time.

It has been announced that Eminem will guest star in 50’s highly anticipated TV show BMF aka Black Mafia Family. He will be playing White Boy Rick on one episode of the 50 Cent produced show on Starz. “I’m honored and appreciative of my good friend Em for supporting my new show ‘BMF,’” Curtis “50 Cent” Jackson said in a statement. “We couldn’t do a show based in Detroit without incorporating the legend that is Eminem.”

Rick Wershe Jr., aka White Boy Rick, was an FBI informant in his early teens, when he sold drugs and guns as part of a Detroit gang. By 17, he was dumped by the feds and arrested for cocaine possession where he spent three decades behind bars. Wershe was sentenced to life in prison but was eventually paroled and released in June 2020, at age 50. Wershe’s brief stint as an informant and his ultimate conviction inspired a 2018 movie of the same name, with Matthew McConaughey playing his fictional father.

Eminem has not done much acting since 8 Mile in 2002 so fans would definitely be excited for this. BMF is set to premiere Sept. 26 on Starz. 50 previously announced a soundtrack around the show featuring new music from him and others.

The two have maintained a close relationship through the years, with both of them time and again expressing their love for each other. Eminem is the latest one, rapping the lines “I hit 50 Cent via text, told that him I love him/’Cause I don’t even know when I’ma see ’em next/Tomorrow could be your death” on Nas’ song ‘EPMD 2‘.