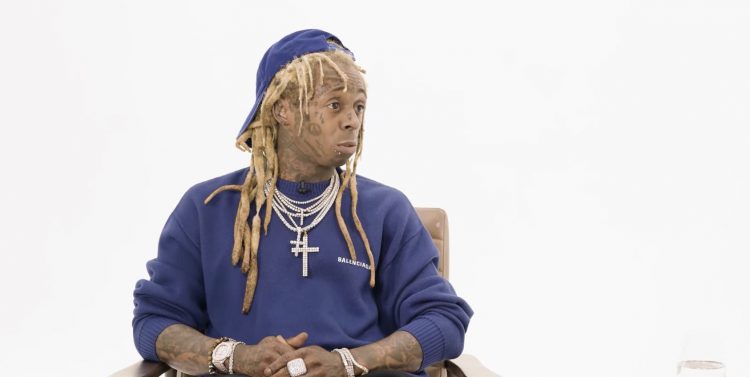 It’s no secret that Lil Wayne once shot himself in the chest as a child. It’s a situation that he’s talked about in multiple interviews and multiple songs over the years. For a long time in his career, he told the story that he was messing about with a gun while watching a Biggie video and accidentally shot himself while he was distracted.

However, on ‘London Roads’ from FWA, Wayne rapped “I remember going in your gun drawer, putting it to my chest and missing my heart”, which had fans speculating how accidental it was. Then in 2016 on Solange’s ‘Mad‘, he said “when I attempted suicide, I didn’t die”, which was an eye-opener and the first time he admitted the incident was a suicide attempt. On Tha Carter V cut ‘Let It All Work Out’, he unveiled even more about it, like the fact that he first pun the gun to his head and he called his auntie in the middle of it.

Lil Wayne recently talked to Emmanuel Acho on his Uncomfortable Conversations series about mental health. A large part of the sit-down is dedicated to Wayne’s mental health issues, largely the suicide attempt when he was a child.

He revealed new details about it. He talked about his mother finding out that he was lying about being at school during a half day and his auntie warning him about it. He speaks about how auntie told him that his mother was going to throw out his rap books, which Wayne couldn’t handle the thought of. He reveals that in a cry for help, he called the police to his house and proceeded to shoot himself in the chest. He goes on to talk about how the incident completely changed the dynamic in the house and how his mother treated him.

During the conversation, he also talked about facing mental health issues despite his stardom, how they changed as he matured, being happy with where he is now, being able to help people with his music, prayer helping him and more. You can watch the conversation below.