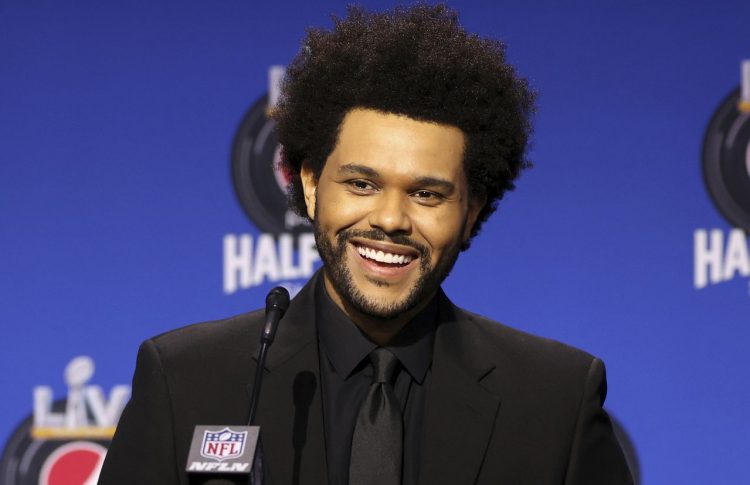 The Weeknd is still enjoying the blockbuster success of his last album After Hours which has now become the most-streamed R&B album of all time. But he’s already about to be finished with his next one.

The Canadian superstar recently dropped a new single ‘Take My Breath‘ from his upcoming album which doesn’t have a confirmed title yet, although he has been teasing it with the words “the Dawn is coming.” In a new interview with The Hollywood Reporter, The Weeknd says that he should be finished with his new LP by the end of this month which is about a week from now.

“Yeah, I’m finishing the new album right now. It should be done by the end of this month and we’re just kind of figuring out when to put it out,” Abel said. “It’s been really cool because I’m working on this album this summer simultaneously with the writer’s room for the new TV show. So, I’ve been kind of going back and forth from finishing the album and pending up the show that we’re going to start shooting soon. It’s been quite a summer,” he continued, referring to the development of his new HBO show in collaboration with Euphoria creator Sam Levinson.

The HBO series is tentatively titled The Idol and follow “a female pop singer who starts a romance with an enigmatic L.A. club owner who is the leader of a secret cult.”

The Weeknd also talked about trying to change his sound every album in an organic way. “It’s organic, but you know, I don’t want to force it. If I’m enjoying a sound or I’m feeling something and it’s inspiring me, then I’ll stay in that world. I do try to change it up as much as I can, but it’s gotta feel organic.”

He obviously misses touring which has been stalled due to the pandemic but he hope he can return to it when things get better. “Oh my God, I just miss performing in general, especially this album. I didn’t get to really perform it to my fans. There’s just something about going on tour, and even going on festival runs, and just experiencing new music with the crowd. Hopefully we get to do that.”