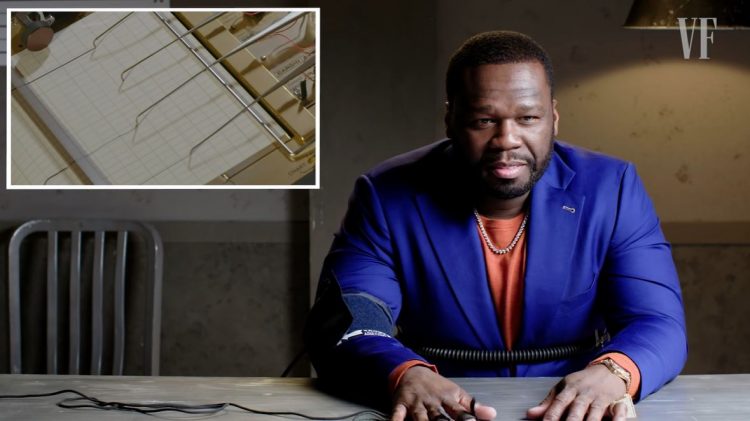 The G-Unit head honcho is the latest person to take part in Vanity Fair’s ‘Lie Detector Test’ where he answers questions about his career, love life and more. In this segment, the hosts grills the famous rapper about his recent thoughts about moving to Texas, lying about getting high on his songs when he actually does not drink or smoke (‘High All The Time’, ‘In Da Club’), being still friends with his exes, Ciara & Chelsea Handler, and more.

He ends up passing the test which means he was telling the truth all the time during the interview.

Watch the full episode below. 50 is currently preparing the release office new TV series BMF which premieres on the Starz network Sept. 26. Yesterday, he responded to a shot Irv Gotti sent in the comment section during the VERZUZ battle between Ja Rule and Fat Joe.