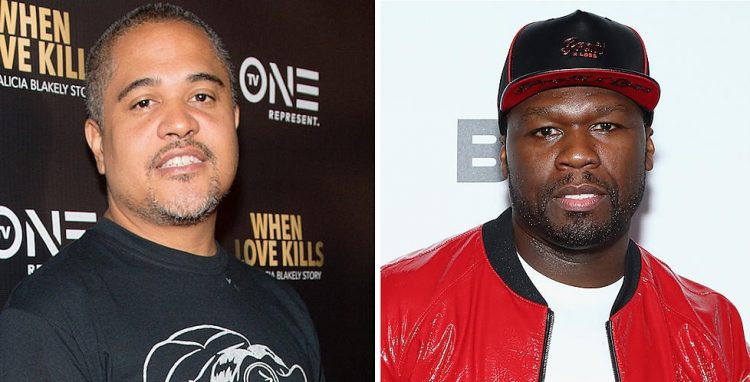 50 Cent and Irv Gotti have not been fans of each other for many many years, as we all know it.

During the Ja Rule and Fat Joe VERZUZ (watch the full replay here) on Tuesday night, 50 was brought up a lot in the comments by folks tuned in because of the G-Unit general’s history with both artists, particularly Ja who he continues to hate. When Joe started to trail behind in the battle, fans started to joke that 50 is the only person who Joe can bring out to have a chance at defeating Ja.

Of course, Ja’s close friend and Murder Inc label head Irv Gotti was tuned into the VERZUZ battle as well and perhaps checking out all the comments. At one point, he decided to jump in and address the conversation around 50. “All y’all talking about that 50 shit,” he wrote. “All good. He got beat up stabbed up. Shot up. And sued us. That’s all I’m gonna say. Your hero ain’t what you think he is. Period. And facts.”

Irv Gotti with some words. Oh my… pic.twitter.com/b2ztIyvn9h

See the screenshot of his comment above. A few minutes ago, 50 addressed the chatter with an Instagram post. “I put they whole label out of business, f_ck with me if you want to. I would stay out of my way if i wasn’t me. LOL,” he wrote in the caption which you can see below.

In another post just before the one above, he wrote, “Wtf am i trending for, I said i ain’t doing whatever that shit is they doing.”

Will Irv or Ja respond again? We’d have to wait and see.

In 2019 during an interview, Irv accused 50 of talking to the Police and Federal agents all throughout early 2000s when Murder Inc. got in trouble with authorities in the money laundering case involving convicted drug lord Kenneth “Supreme” McGriff. He also termed him “engine of chaos.”