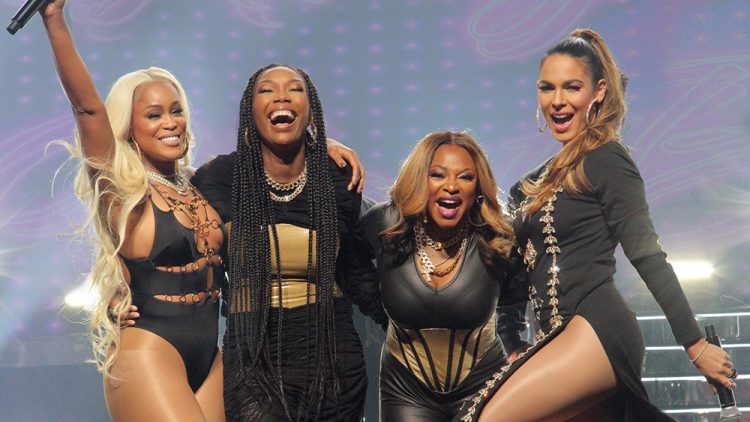 QUEENS, the new ABC drama features Eve, Naturi Naughton, Nadine Velazquez, and Brandy. Together, they have created a bunch of new songs that we will be hearing as the show progresses.

In the series, four ’90s hip-hop legends, now in their 40s, reunite for a chance to recapture their fame. It debuted on Tuesday, October 19th on ABC with the first single from the super group ‘Nasty Girl’ already out at start of the month. Swizz Beatz serves as the series’ executive music producer.

The supergroup is back today with two new songs, ‘The Introduction’ where all them rap a verse each plus ‘Hear Me’ performed by Brandy. Check out both videos below.