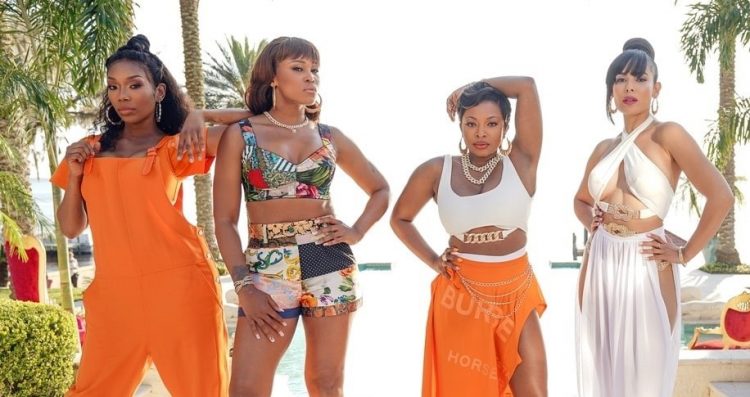 In the series, four ’90s hip-hop legends, now in their 40s, reunite for a chance to recapture their fame. It will debut on Tuesday, October 19th on ABC with the first single from the super group ‘Nasty Girl’ premiering today.

The throwback sounding song is produced by Avenue Beatz with executive music direction from Swizz Beatz. That combination will stay true for the entire soundtrack being performed by stars of the show. “To see these Queens come together in unity is amazing in 2021,” said Swizz Beatz. “This show is special in many ways to me and it’s an honor to be the Executive Music Producer.”

The ‘Nasty Girl’ music video was directed by Tim Story, who has previously directed music videos for ‘NSync, India Arie, Monica, K-Ci & JoJo, Monica, The Lox, Tyrese and more. Watch it below.

“As artists who came up in the ’90s, ‘Nasty Girl’ is our love letter to the groundbreaking music and hip-hop culture of the era,” said Eve, Naturi Naughton, Nadine Velazquez and Brandy in a statement. “Filming the music video on a yacht in Miami, with the Champagne flowing and pyrotechnics blasting, stirred up a sense of nostalgia and pride in how far we have come as artists. To still be in the game today and supporting each other along the way is what our show ‘Queens’ is all about.”