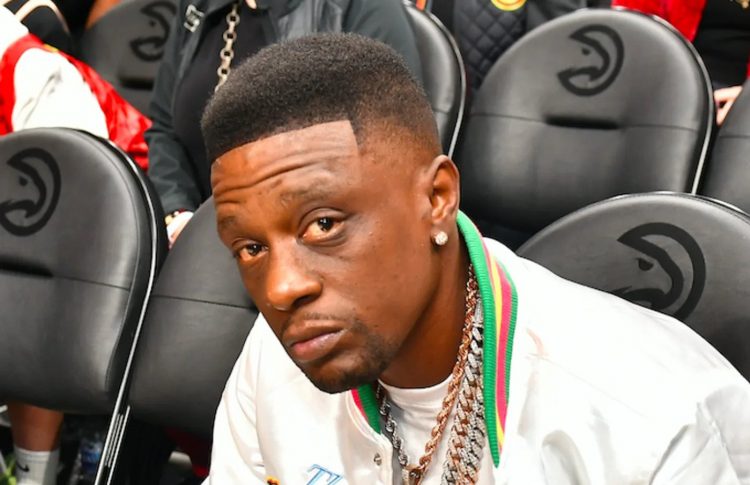 Boosie Badazz is the kind of rapper who is always involved in some controversial matter or another.

However, this time it is actually affecting his money. Boosie was part of the lineup for the Legendz of The Street tour alongside Gucci Mane, Jeezy, Rick Ross, Fabolous, Lil Kim, 2 Chainz and DJ Drama but it ran into issues very early on at the stop in Atlanta. Boosie Badazz was only about two songs into his performance when an altercation broke out on stage. The rapper was seen being involved in the brawl as well.

Then later at an afterparty at a nightclub in Baltimore for Boosie, a man was reportedly shot multiple times. The incident took place in the early hours of Monday morning (October 4) at the Euphoria Nightclub where the Baton Rouge rapper was scheduled to make an appearance.

Police say a 27 y/o man is in critical condition after being shot multiple times in upper body and head after a fight broke out at Euphoria Nightclub, which was hosting an after party event with Boosie pic.twitter.com/zH2ooon024

After hinting it on his social media, Boosie has now pretty much confirmed that he has been booted off the tour following the incidents. He posted a photo of the entrance to Baltimore’s Royal Farm Arena which had an important message for fans who were there to see Boosie perform, informing them that he has been taken off the tour and refunds are available for those who want to opt for it.

“Boosie Badazz has been removed from the Legendz of the Streetz Tour,” the sign reads. “If you would like to request a refund to this evening’s concert tour, REFUNDS MUST BE OBTAINED PRIOR TO ENTERING THE VENUE AT POINT OF PURCHASE.”

THIS IS THE MOVE THEY PULLING OFF ON THE TOUR SO U CANT GET REFUNDS ,READ IT CLEAR LOL LIKE PEOPLE GO READ A SIDE DOOR LOL SHIT OUT TO ALL MY BALTIMORE FANS ‼️LOVE YALL pic.twitter.com/8QFJDXYKgx