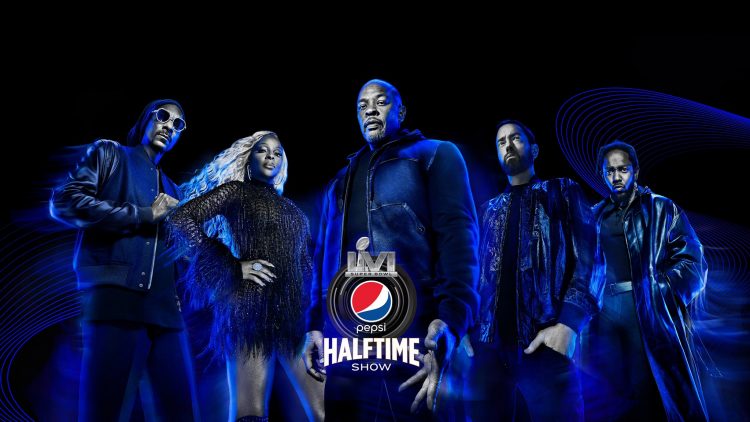 I’m extremely excited to share the stage with my friends for the #PepsiHalftime Show. This will introduce the next saga of my career…Bigger and Better than Ever!!!” he wrote.

The game is scheduled to be played on February 13, 2022, at SoFi Stadium in Inglewood, California. The city is hosting the Super Bowl for the first time in nearly 30 years and it only makes sense to have three L.A. residents, Dre, Snoop and Kendrick performing the iconic event. Collectively, the artists have been awarded 43 Grammys and between them have 22 No. 1 albums on the Billboard 200.

I’m extremely excited to share the stage with my friends for the #PepsiHalftime Show.

This will introduce the next saga of my career…

Pepsi and the NFL have also joined hands together to support the launch of Regional School #1, a magnet high school in South Los Angeles that is set to open for students next fall as part of the L.A. Unified School District. The high school is based on the USC Iovine and Young Academy, a program started by Jimmy Iovine and Dr. Dre.

“This effort will help develop and inspire the next generation of entrepreneurs and innovators,” Los Angeles Unified Interim Superintendent Megan K. Reilly said. “We are excited about the additional opportunities this partnership will bring to our students.”

“The opportunity to perform at the Super Bowl Halftime show, and to do it in my own backyard, will be one of the biggest thrills of my career,” said Dr. Dre about the announcement. “I’m grateful to Jay-Z, Roc Nation, the NFL, and Pepsi as well as Snoop Dogg, Eminem, Mary J. Blige and Kendrick Lamar for joining me in what will be an unforgettable cultural moment.”

“On February 13, 2022, at the Super Bowl LVI in Inglewood, CA, in the new SoFi Stadium, Dr. Dre, a musical visionary from Compton, Snoop Dogg, an icon from Long Beach and Kendrick Lamar, a young musical pioneer in his own right, also from Compton, will take center field for a performance of a lifetime, said Shawn “Jay-Z” Carter. “They will be joined by the lyrical genius, Eminem and the timeless Queen, Mary J. Blige. This is the Pepsi Super Bowl Halftime Show. This is history in the making.”