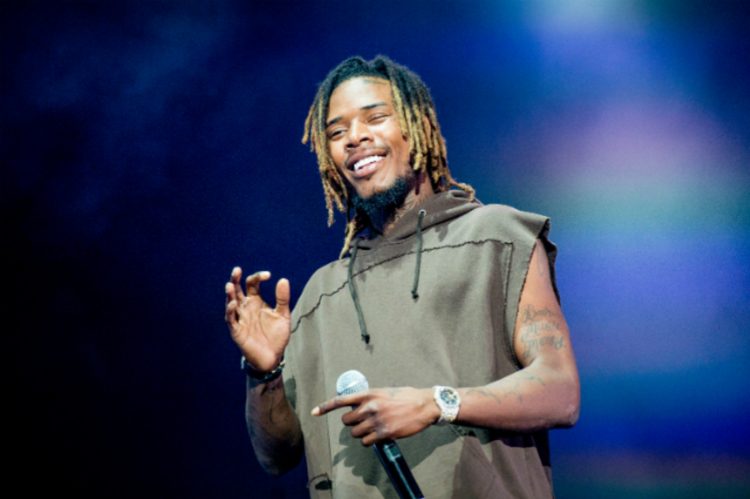 Fetty Wap has been arrested by the FBI on federal drug charges. The rapper, whose legal name is Willie Junior Maxwell II, is expected to be arraigned Friday.

According to the law enforcement officials, Fetty was arrested at Citi Field in Queens, where the Rolling Loud music festival was held on Thursday. He was a performer at the festival on the Deleon stage where 50 Cent was headlining. Six members of a drug distribution ring were charged with dealing heroin and fentanyl during the festival.

The exact charges have not been revealed yet.

UPDATE: The details in Fetty’s arrest have now been made public. The rapper, a corrections offers and others supposedly distributed more than 100 kilograms of cocaine, heroin, fentanyl and crack cocaine. The drugs were first obtained on the West Coast and were transported through USPS vehicles in hidden compartments which were then smuggled to the East and redistributed in the region.

According to the documents, officials obtained $1.5 million in cash, 16 kilograms of cocaine, 2 kilograms of heroin, fentanyl pills, pistols, handguns and a rifle.

“The fact that we arrested a chart-topping rap artist and a corrections officer illustrates just how vile the drug trade has become,” said Michael Driscoll, assistant director in charge of the FBI’s New York office. “The pipeline of drugs in this investigation ran thousands of miles from the West Coast to the communities here in our areas.”

Fetty’s attorney said: “We pray that this is all a big misunderstanding. He sees the judge today. Hoping he gets released so we can clear things up expeditiously.”