NBA Youngboy Reveals a Drake Collaboration is In The Works 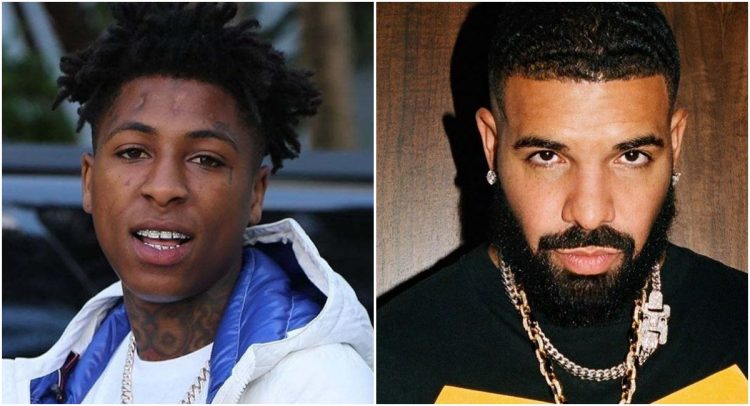 NBA Youngboy and Drake are currently involved in a close battle for the number one spot on the Billboard 200 chart.

As of now, it looks like the debut week of Youngboy’s album Sincerely, Kentrell has edged out Drake’s Certified Lover Boy by about 3k copies, moving 138k against Drake’s 135k. But it is important to note that this data is not yet stamped by Billboard which publishes its chart later on the weekend so we’d have to wait a bit longer to find out who took the top spot officially.

Apart from the numbers game, the two artists are actually planning to put out a new collaboration soon. In an interview on Stationhead, the Baton Rouge rapper revealed that a song with the Toronto superstar was “in the works.”

“Me and Drake was really talkin’ ’bout Top, going ahead and getting the deal sealed with me and him linking up,” he said as noted by Rap-Up. He went on to confirm an upcoming collab. “That’s the whole collab we workin’ on as we speak,” he added. “Yes, that is in the works.”

NBA Youngboy, who is currently in prison at the St. Martin Parish Sheriff’s Office jail in St. Martinville, La on gun charges, put out a deluxe edition of his album earlier in the week featuring two new songs.