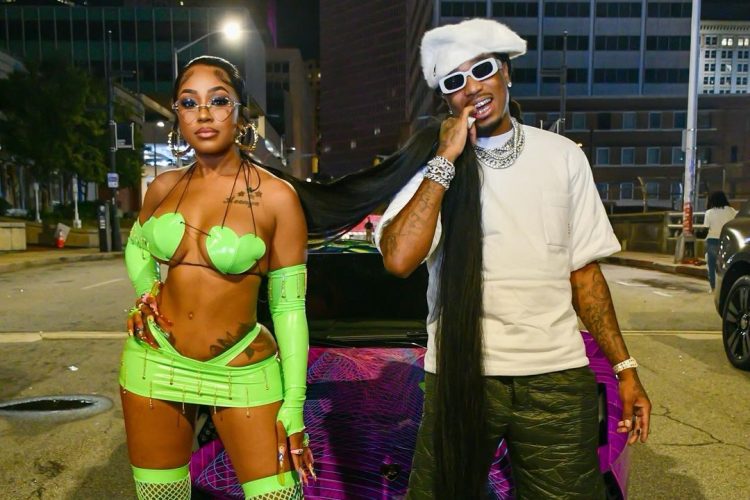 The former shared a clip of the song a few weeks ago, along with shots of the FreakNik-themed visual. Yung Miami dons a short blonde wig and shows off her twerking skills during a street party.

‘Strub Tha Ground’ isn’t the first collab between both artists, as Quavo has been featured on the City Girls’ remix version of ‘P*ssy Talk’, along with Jack Harlow and Lil Wayne.

In a recent interview with Complex, the Migos member revealed that his sophomore album will likely drop next year. Over the summer, the group released Culture III, the final chapter to their Culture series. But Quavo confirmed that the hip-hop trio do have something coming up. “The next thing’s gonna be something different. We have to turn the page.”

Watch the video for ‘Stub Tha Ground’ below.