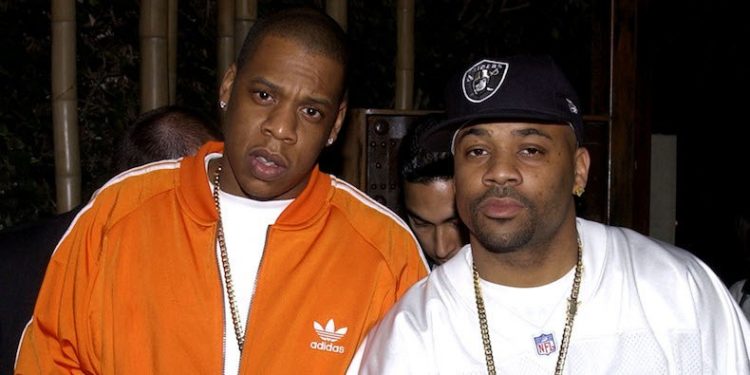 At the Rock & Roll Hall of Fame induction ceremony, Jay surprised audience by shouting out Dame Dash with whom he’s been in beef for the past 20 years. “Shout out to Dame [Dash]; I know we don’t see eye to eye, but I can never erase your accomplishments, and I appreciate you and thank you for that,” said Jay during the speech which you can watch here.

Even at the moment, the two are involved in a legal battle. Jay and Dame are currently embroiled in a legal fight after the rapper and attorney Alex Spiro filed a lawsuit against the Harlem native alleging that Dame attempted to auction off Jay’s 1996 debut album Reasonable Doubt as an NFT without permission.

“It was beautiful,” Dash told Page Six, admitting he was surprised to hear his friend turned foe shouting him out. “I’m glad he said it for the culture. We need to squash everything. So hopefully if that was an extended [olive branch] I’ll spin one back.”

“I have no beef with [him] if [he has] no beef with me,” he added, “Let’s get the lawyers out of it then. Let’s talk like men, but I definitely appreciate it.”

“I would never want you to think that we have to go to the court to resolve anything,” he added, “We can talk it out and the culture needs to see two strong black men working out a problem. Even if they worked together they can go their separate ways they can still be cool.”

He said that he’s always considered Hov to be a brother. “We should not be divided. We have accomplished too much to be beefing… There ain’t no way I’m never gonna [not] consider [him] my brother — it’s just that we don’t see eye-to-eye. That means I’m in the Hall of Fame,” he said, “Whether we cool or not, him getting in the Hall of Fame is major. So congratulations to us, congratulations to him and thank you [to him] for keep working so hard to where he got to the Rock & Roll Hall of Fame. Anything he can do to make me great, so thank you for even continuing to strive. He keeps my name alive.”

Back in June during the lawsuit filing, Dame criticized Jay heavily. “It is the same f–king game. It just seems like they so mad if I get money. I don’t know why, but why can’t I sell my third to whoever I want, whenever I want? I don’t have to ask,” he said at the time. “…He [Jay] don’t want nobody to eat but him. The real issue is [he has to] to compromise a man’s reputation for no reason.”