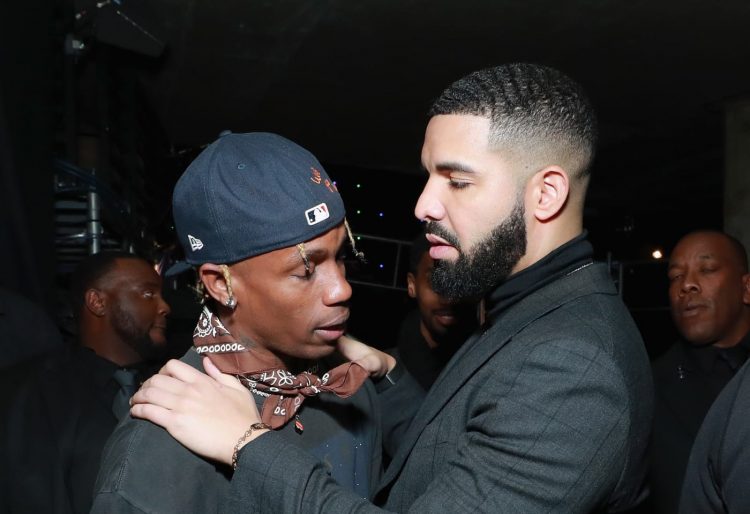 Drake has released a statement over the tragedy at Astroworld festival this past Saturday which has killed at least 8 people.

As we know by now, Drake was a special guest during Travis Scott’s set at the sold out fest where they performed their hits together. It was around that time that trouble began in the crowd and medical help struggled making its way into the crowd to help those who needed assistance.

In his statement posted on Instagram, the Toronto superstar says his “heart is broken for the families and friends of those who lost their lives and for anyone who is suffering.” He added, “I will continue to pray for all of them, and will be in service any way I can. May God with you all.”

Read Drake’s statement below. Travis Scott has announced that he will refund all attendees to the Astroworld festival in wake of the tragedy and also pay for the funerals of those who have lost their lives. He has also canceled his appearance at this week’s Day N Vegas festival in Las Vegas.

Multiple lawsuits have been filed already due to the tragedy in Texas. One injured concertgoer has accused Travis and surprise performer Drake of inciting the crowd, and is seeking $1m (£741,000) in damages.