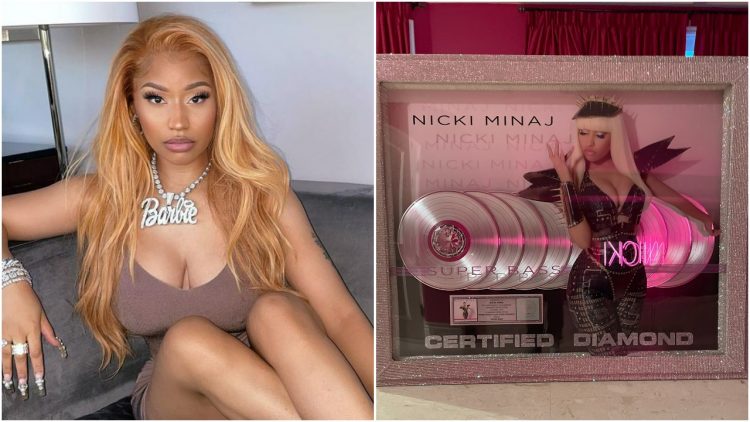 Nicki Minaj is the latest rapper to earn a Diamond plaque.

The rapper’s hit single from 2010 has earned the certification after moving 10 millions copies in the U.S. The track appeared on the deluxe version of her debut studio album Pink Friday and became an immediate hit on radio and embraced in Pop circles.

Nicki celebrated the award on her Instagram, thanking everyone who helped realize her dream. “Thank you for over a decade of support. #Barbz (special thx to Ester Dean, Kane, Juice, Taylor Swift, Sofia Grace & Rosie, Ellen, Young Money/Cash Money & Republic,” Nicki said. “This one was released b4 the streaming era, so millions of fans actually purchased the song. I’m so grateful for you guys. Sending love & blessings your way.”

There are only a few rappers in the world who have earned a Diamond plaque so this makes it even bigger. Kanye earned Diamond certification last month for his song ‘Stronger’.