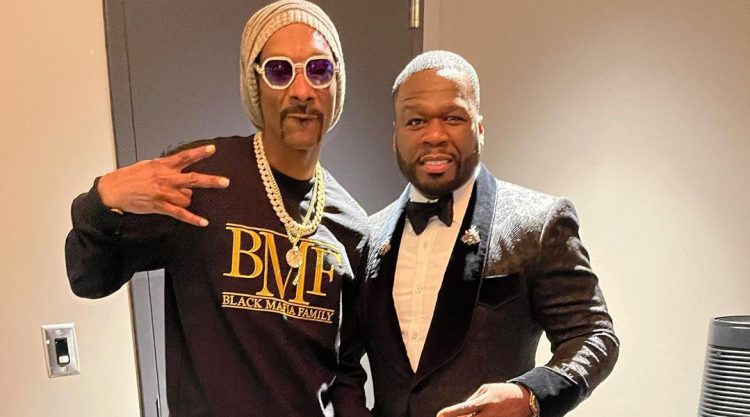 50 Cent and Snoop Dogg taking their relationship step forward with a joint venture for producing Murder Was The Case drama series at Starz Network.

50 and Snoop will be developing A Moment in Time: Murder was the Case at the cable network which will be the second installment in an anthology series about criminal events behind the scenes of true moments in hip-hop history, reports Deadline. The first “Moment in Time” season is called ‘Massacre’ and revolves around 50’s past beef with The Game.

This season will track the story and show what Snoop dealt with in front of and behind cameras. 50 will executive produce through his G-Unit Film & Television alongside executive producers Snoop, Shante Broadus and Sara Ramaker through Snoopadelic Films. Anthony Wilson will also serve as an executive producer on the series from Lionsgate Television.

“‘Murder was the Case’ is an incredible story. Snoop had the biggest album in the country and was fighting for his freedom in the courtroom,” said 50 Cent. “The only place to go on this incredible ride is with G-Unit Film & Television. I’m excited to be working with Snoop to bring it to television. #GLG.”

“I am excited to finally tell the story of ‘Murder was the Case,’” added Snoop. This was a pivotal moment in my life and career and I’ve deliberately waited until I found the right partner to bring this to the screen. #GLG. You are now about to witness the strength of street knowledge.”