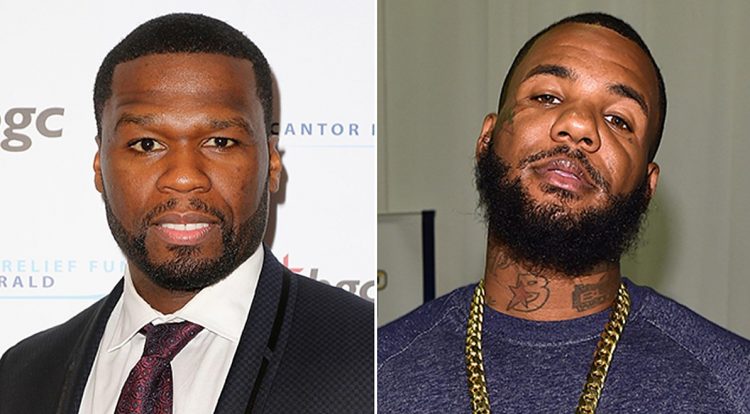 50 Cent has several series under development at various networks. Today, two more projects have been revealed and one of them is perhaps the most surprising so far.

According to reports, 50 is developing a series under the working title Moment in Time: The Massacre, a seasonal anthology that “will explore the true stories in which iconic hip hop moments collided with the sensational and sometimes criminal events behind-the-scenes,” according to the premium cable network.

Season 1 will explore how tension between 50 Cent and the former G-Unit member, Game led to an all-out street war, pitting G-Unit against music impresario Jimmy Henchman, resulting in a murder-for-hire plot and Henchman eventually serving a life sentence in prison. There is no word on whether the entire series will be based on the same plot or it will also explore 50’s other beefs.

Abdul Williams will write and executive produce Moment in Time alongside 50 Cent. Some of his previous credits include “The New Edition Story” and “The Bobby Brown Story” at BET. Anil Kurian will help develop both projects on behalf of G-Unit Film & Television.

The second series in the works is an untitled drama inspired by the life of sports agent and attorney Nicole Lynn, the first Black woman to represent a Top 3 NFL draft pick. Tash Grey, who has also worked as a writer and co-executive producer on the POWER prequel ‘Raising Kanan’, will serve as writer and executive producer on it.

The series “follows the rise of a determined young, African-American woman as she breaks through and climbs to the top of the highly competitive and male-dominated world of sports agents.”

These two series are in in addition to the multiple POWER spinoffs at Starz which have kicked off with Power Book II: Ghost, currently airing on the network. 50 recently revealed that he has a total of eight shows in the works, including Twenty Four Seven at CBS starring T.I.