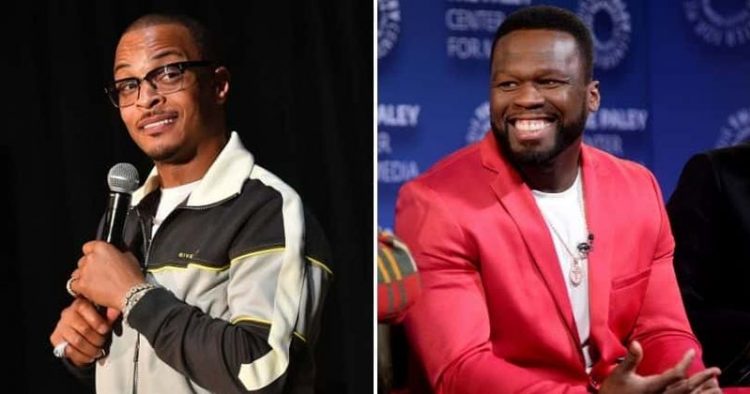 50 Cent gets to have the last laugh once again, it seems.

The rap mogul has officially announced his new show titled Twenty Four Seven which will star T.I. in the lead role. Tip will play former NYPD detective Derrick Parker and Curtis “50 Cent” Jackson will be serving as the executive producer on behalf of his company, G Unit Film & Television.

50 made the formal announcement a few minutes ago on his Instagram, revealing that CBS All Access is developing the new series. Twenty Four Seven is based on the book “Notorious C.O.P.: The Inside Story of the Tupac, Biggie, and Jam Master Jay Investigations from NYPD’s First ‘Hip-Hop Cop’” by Parker along with Matt Diehl. Here’s a synopsis of the book:

Derrick Parker worked on some of the biggest criminal cases in rap history, from the shooting at Club New York, where Derrick personally escorted Jennifer Lopez to police headquarters, to the first shooting of Tupac Shakur.

Always straddling the fence between “po-po” and NYPD outsider, Derrick threatened police tradition to try to get the cases solved. He was the first detective to interview an informant offering a detailed account of Biggie Smalls’s murder. He protected one of the only surviving eyewitnesses to the Jam Master Jay murder and knows the identity of the killers as well as the motivation behind the shooting.

Notorious C.O.P. reveals hip-hop crimes that never made the paper—like the robbing of Foxy Brown and the first Hot 97 shooting—and answers some lingering questions about murders that have remained unsolved. The book that both the NYPD and the hip-hop community don’t want you to read, Notorious C.O.P. is the first insider look at the real links between crime and hip-hop and the inefficiencies that have left some of the most widely publicized murders in entertainment history unsolved.

T.I. will also serve as an executive produce via Grand Hustle Entertainment along with Brian Sher and Tom Sullivan. CBS Television Studios and Lionsgate Television will produce the upcoming series which doesn’t have a airing date yet.

Last month, Tip and 50 went back and forth over the former’s challenge to the latter for a VERZUZ battle. 50 wasn’t interested at all but it made for good entertainment to the audience.

Last week during an interview with Haute Living, 50 said that he has as many as 8 new shows in the works, including multiple spin-offs of his POWER series. It starts with Power Book II: Ghost show, debuting on Starz on Sept. 6 where Mary J. Blige and Cliff “Method Man” Smith will be joining the cast.