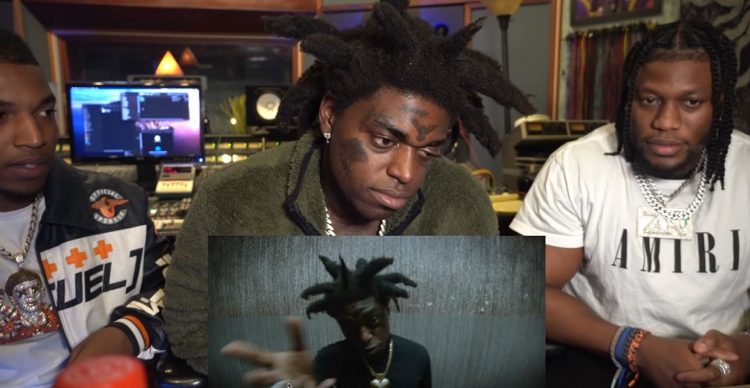 The Florida rapper did a special stop with Youtubers Zias and B. Lou’s channel ZIAS! where he behaved quite awkwardly, leaving the hosts confused and worried at some points. The asked Kodak to speak on his song ‘Super Gremlin‘ which came out a month ago but apart from not being able to do the same, he speaks a lot of gibberish and shows worrisome conduct.

What's going on with Kodak Black? Man is on another plane of existence here. Hope he has some good people around him. This shit is sad. pic.twitter.com/0c4VZUNyUm

At one point, Kodak tells the hosts “he’s tied”. Later, he tries to explain what he intended to say. “Like tired, like he dead. They dead like flies. Flies everywhere when you dead,” he adds. At multiple times during the segment, Kodak looks eerily at the camera, leaving fans baffled.

Ain’t even a fan of dude, but that Kodak interview was hard to watch man. I’ve dealt with so many people who have been effected by drugs like that and it’s a shame to see.

Just watched Zias reaction vid with Kodak and I’m just so sad. He needs to chill with those drugs man ☹️

Kodak recently appeared on DaBaby’s new project Back on My Jesus Baby Sh*t. He also hopped on the remix to Nardo Wick’s hit ‘Who Want Smoke?’ in October.