After taking a hiatus for two years due to the Covid-19 situation, The Smoker’s Club fest is returning in 2022.

The Live Nation promoted festival has announced the lineup for this year’s festivities and it surely looks stacked. Kid Cudi, ASAP Rocky and Playboi Carti will be headlining the show on April 30th at Glen Helen Amphitheater in San Bernardino, California. 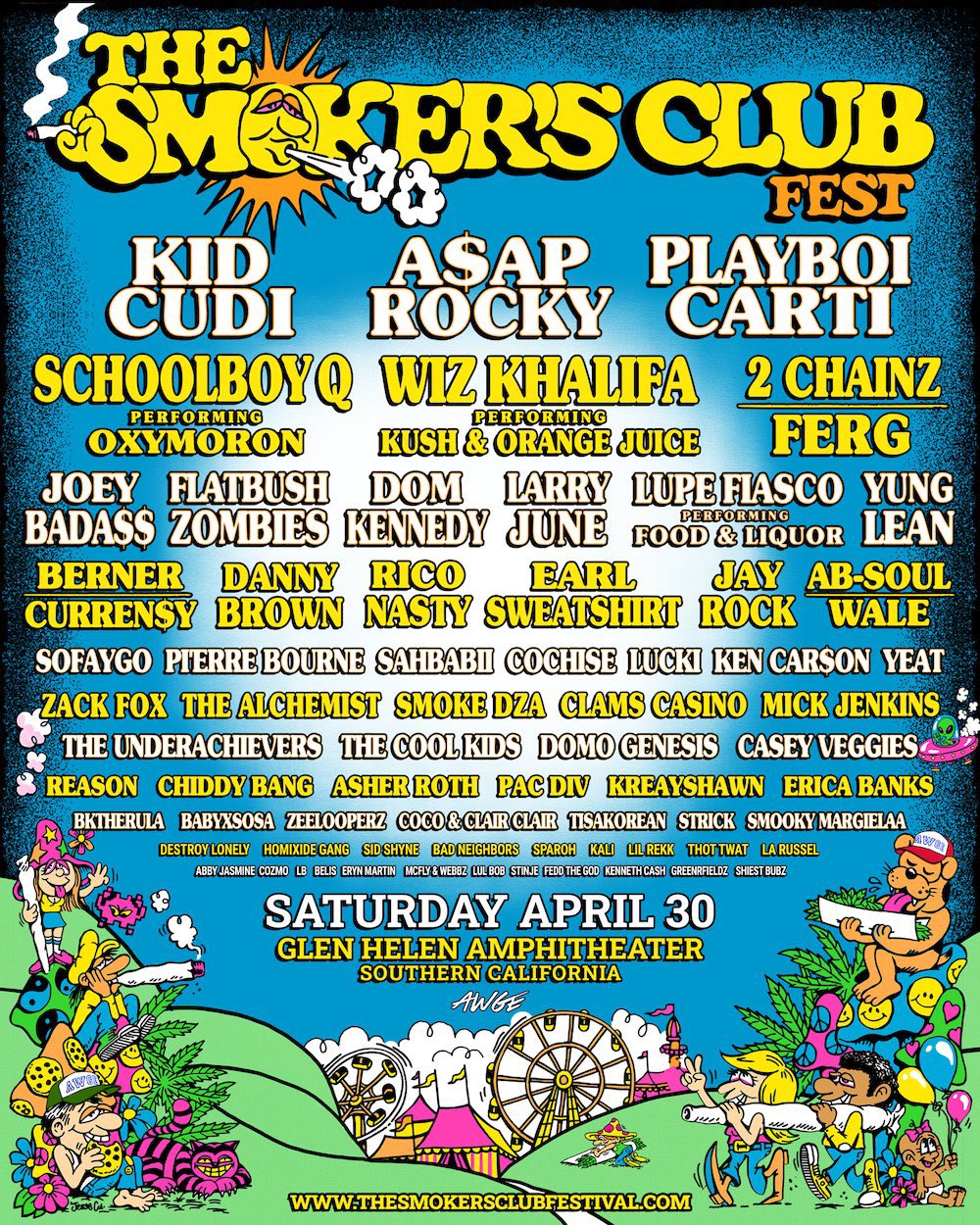 See the full lineup above. General tickets go on sale next Monday (1/24) at 10 am PST. You can find more info on this link.