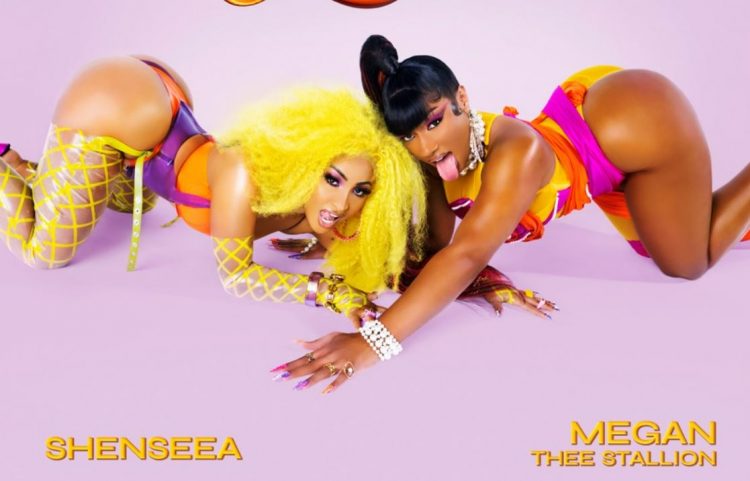 UPDATE: The raunchy music video has been released as well. Watch it below. Shenseea’s debut album ALPHA will be released March 11.

Earlier this week, Shenseea announced her new single ‘Lick’ with Megan Thee Stallion, produced by Murda Beatz. “Get ready!! We gonna go crazy this FRIDAY!,” the Dancehall star shared with her 5 million followers on Instagram.

The announcement was met with much fanfare on social media but it’s not surprising that the two are joining forces. Megan and Shenseea have been spotted hanging out together at various parties and events in the past year or so. As expected, ‘Lick’ is as dirty as it gets with many sexual references and has some Dancehall flavor as well. Listen to/preview the track below.

It looks like a music video for the track is on the way as well. Back in December, Shenseea won the award for Best Reggae Act at the British Music of Black Origin Awards and was featured on Kanye West’s latest album DONDA, which is nominated for Album of the Year GRAMMY. She is now managed by Wassim ‘Sal’ Slaiby, who also manages stars like The Weeknd and Doja cat.