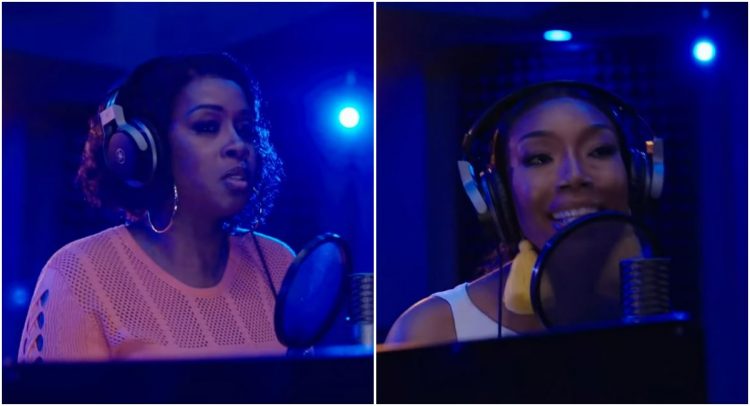 The ABC series Queens has been doing quite well, and spawning some pretty good music to go along.

The series starring Eve, Naturi Naughton, Nadine Velazquez, and Brandy has the cast as four ’90s hip-hop legends, now in their 40s, who reunite for a chance to recapture their fame. It has been announced that Remy Ma has joined the cast in a recurring role and with it comes a new song called ‘Lady Z Strikes Back (Can’t Stop You)’ featuring Remy Ma and Brandy.

An accompanying visual for the track has been put out as well where Remy and Brandy lock in the studio to belt out a banger. Watch it below.

Eve has gone on maternity leave from Queens to welcome her first child with her husband Maximillion Cooper in February. It is not yet known if Eve will return to the series, but series creator Zahir McGhee told Deadline that he is hopeful.