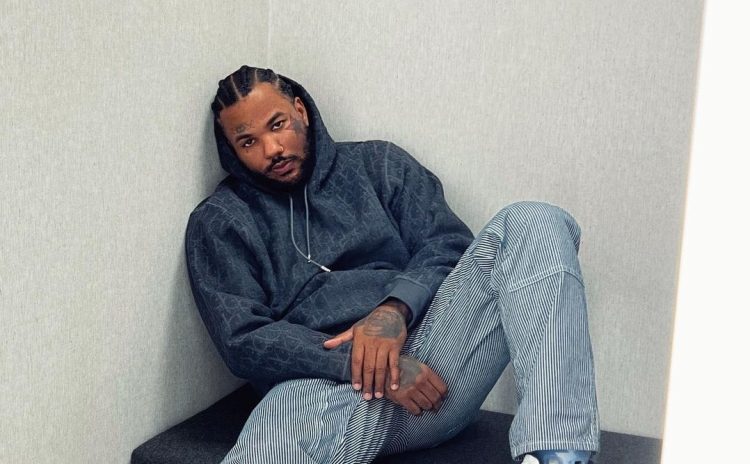 The Game is currently working on his new album, tentatively titled Drillmatic, and has been more active than usual on social media promoting his new material, and talking sh*t.

Over the weekend, the L.A. rapper decided to diss his former label Interscope Records out of nowhere on Twitter, saying the iconic label runs a “modern day slave trade.” He wrote: “F**k INTERSCOPE. I meant it when I said it 17 years ago & I mean it today !!!! They’re runnin a modern day slave trade & they steal from every single artist. Best decision of my life was parting ways. #StayIndependent.” 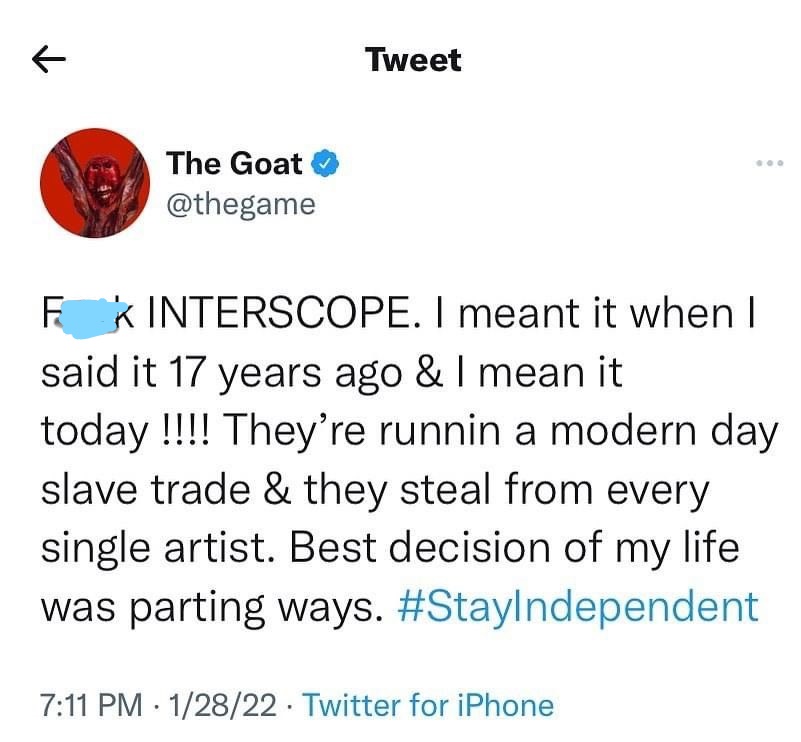 Game released his debut album The Documentary in 2005, which was executive produced by Dr. Dre and 50 Cent, moving a whopping 586k copies in the first week. After going to sister label Geffen and other partnerships in between, he had returned to Interscope in 2012 for his 5th album, Jesus Piece.