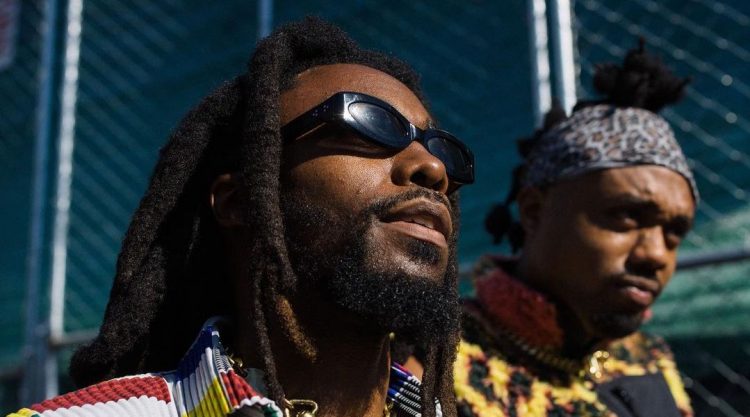 EARTHGANG was supposed to release their new album Ghetto Gods on January 28th but it was pushed back at the last minute due to unknown reasons.

The duo of Olu and WowGr8 later said that it was delayed due to clearance issues out of their control. “We put our life into this Album and want it to see the light of day. Unfortunately we can’t control everything,” the post said. “Our date was our date and all week we were frustrated and sad that our album wasn’t cleared.”

Today, they are back with a new single called ‘Amen’ where they take hook assistance from Musiq Soulchild. The duo called into Zane Lowe’s show on Apple Music where they said the song was inspired by UGK & Outkast’s ‘International Player’s Anthem’ and made from a feel good space.

“We spent so much time outside during the pandemic – Atlanta low-key never shut down. Everywhere we went, we was having a good time and enjoying ourselves. So we want people to enjoy themselves when they heard this record. Never waste a moment to celebrate life. We was living it up the whole time,” they said. Listen to the song below.