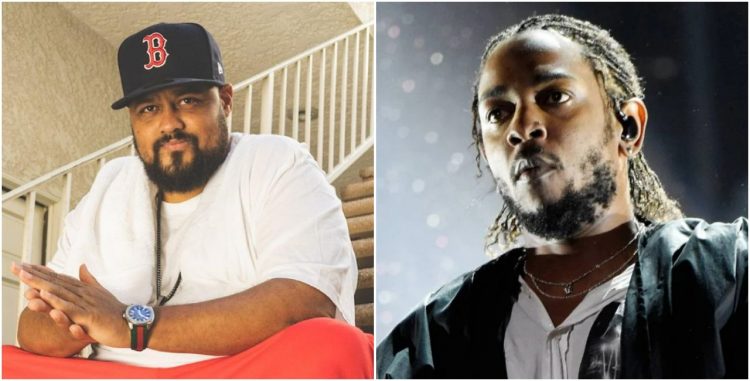 TDE President Punch has seen it all as a label executive and a part time rapper but he’s now focusing on his new project A Room Full of Mirrors which is a collective of creatives who released their visual EP Money Bags in December.

The group features Nick Grant, DayLyt, Earlee Riser, Billymarie, Lyric Michelle, Ichiban Don, Hari and Jrias Law while the EP was co-executive produced by Anthony “Top Dawg” Tiffith. In a new interview with Mic, he speaks on the new venture, why a Black Hippy album never came out, Kendrick Lamar leaving TDE after his next album, and more.

Regarding Kendrick, Punch says it’s now time for him to move on to other things because it doesn’t make sense for someone like him to be signed under somebody anymore. “I don’t even know if I would describe it that way as ready to leave, as more so ready to build his own thing. That’s a grown man right now. We watched him grow from a teenager up into an established grown man, a businessman, and one of the greatest artists of all time. So how long do you actually be signed up under somebody? It’s been almost 20 years. So it’s time to move on and try new things and venture out,” Punch said on K.Dot’s departure.

“He’s doing a great job developing Baby Keem. It’s always been there, but now it’s just time and space where he can actually do it. It’s a beautiful thing to watch because that’s something that started with what we built in the beginning. To see it blossom, it’s a full-circle moment,” he added.

Punch was also asked if TDE will be treating the album rollout and marketing different this time since it’s his final album with them. Punch said, “Yes, and no. It’s different now just because it’s different, not because it’s his last project. It’s just the evolution of where we are. Kendrick doesn’t need anybody in the studio to coach him and help him make an album anymore. He’s well capable of doing everything on his own. It’s just the timeframe that we’re in.”

Punch says he wishes he could have pushed the idea of the Black Hippy album with Kendrick, ScHoolboy Q, Jay Rock, and Ab-Soul, a little more:

“We definitely wanted to do a Black Hippy album. But it was such a learning experience for us, everything was new. The timing never really panned out. When one guy would be recording his album, another guy would be on tour. Everybody was never in the same timeframe. So we didn’t want to hold back; we wanted to keep going and just push further into their individual careers. In hindsight, I wish I would’ve pushed the Black Hippy album more. That was always my goal, personally. You would have to ask everybody individually to see if that’s what their goal was.”