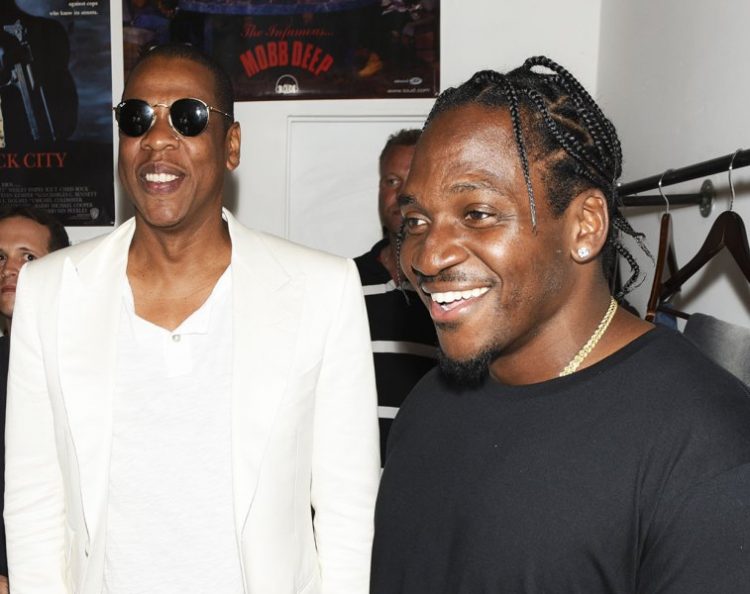 The world is waiting on Pusha T to deliver his new album, ever since he dropped that bomb called ‘Diet Coke‘ a couple of weeks ago.

The Kanye West & 88-Keys produced song has been the talk of the town and Pusha recently confirmed in an interview that the album is half produced by Kanye and other half produced by Pharrell. In the same chat, he talked about a recent tweet where he hinted that one out of either Jay-Z or Jeezy might appear on his forthcoming album.

Great company and discographies to be associated with…👃🏻👃🏻👃🏻👃🏻👃🏻👃🏻 You do know on the new album I have a record with…nvm, #DIETCOKE video/single out now!!!! https://t.co/BJkWQFvwbg

The VA veteran is the latest guest on the Millions Dollaz Worth of Game podcast where he spoke on the latest single, going to war with Drake (he recently said he has “looked past” the beef now), his young days coming up in the game, what he’s listening to right now (he names Summer Walker, EST Gee, 42 Digg, Babyface Ray and Moneybagg Yo among others) and more.

The highlight of the conversation was, however, Pusha confirming that Jay-Z is featured on the anticipated album, the title of which is still not confirmed yet. Pusha was speaking about his past collaborations with Hov like ‘Drug Dealers Anonymous‘ after which he talked about how Jay “got busy” on the new track.

Pusha did have second thoughts about revealing the big feature, saying “I don’t know if I was supposed to say that,” but it’s out now. Watch the clip above.

UPDATE: Here’s a little snippet of the song shared by Steven Victor.