The Game Says Kanye Has Done More for Him in 2 Weeks Than Dr. Dre Did His Whole Career 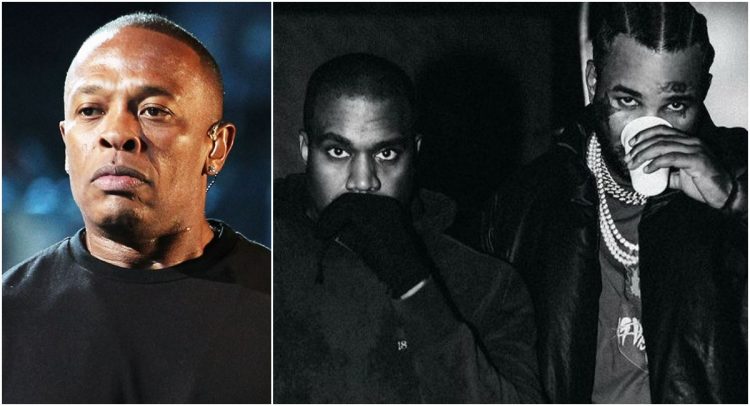 The Game is the latest guest on the Drink Champs podcast with N.O.R.E. and DJ EFN which is set to premiere this Thursday on REVOLT.

A preview clip has been released today where we get a taste of the spicy stuff Game talking with the hosts. In the 1 minute clip, Game talks about being the “G” in G-Unit when he beefed with 50 Cent and departed from the label in 2005. In another comment, Game talks about not being invited to be a part of the Super Bowl halftime show along with 50 Cent.

Then comes a shocker. Game says Kanye West has done more for him in the past two weeks than Dr. Dre has done his whole career. We are not sure what made the Compton rapper make a comment like that but from the outside looking in, it seems pretty unreasonable. Dre basically helped launch Game’s career, executive producing his hit debut album The Documentary while also producing many of the songs on the multi platinum LP. The two also worked on more records following that.

Game has been cooking with Kanye these past couple of months, even releasing a collaborative single ‘Eazy‘ last month. More songs between the two are expected to be released soon.