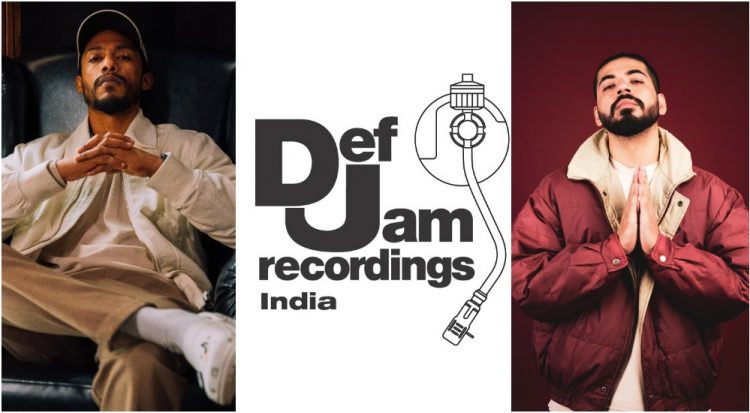 Universal Music Group has made the announcement today that they are launching Def Jam India, a new label dedicated to supporting the best in Indian & South Asian hip-hop talent and culture across the region.

The rumors of Def Jam launching a new division to grab a pie of the rising hip hop industry in India had been going around for the last few months. Today, the news becomes official with two signees, Dino James and Fotty Seven. According to the press release, Def Jam India will “follow the blueprint of the iconic Def Jam Recordings label, which has led and influenced the cutting-edge in hip-hop and urban culture for more than 35 years.”

Hip-Hop as a genre has exploded in the last few years in the region so it’s not a surprise that an iconic label like Def Jam wants a stake and further help the culture grow in the diverse country.

Devraj Sanyal, Managing Director and CEO, Universal Music India & South Asia said about the launch, “The launch of Def Jam India could not come at a better time for music in India. Our domestic hip-hop and rap artists are rapidly growing into some of the most exciting talents in the region, taking their rightful space alongside mainstream national & regional pop, and what better home for those artists than Def Jam, the pioneering global home of hip-hop. Def Jam India, will be infused and inspired by local street and rap culture, Indian sounds and unique multi-lingual flows, which will enable us to introduce new artists across the country and region, and beyond.”

Tunji Balogun, Chairman & CEO, Def Jam Recordings said, “We’re excited to welcome Def Jam India to the worldwide Def Jam family, following our recent launches in the U.K., Europe, Africa and Asia. Hip-hop reflects the pulse of global youth culture and chronicles new stories and voices in real time. Def Jam India will provide audiences worldwide the opportunity to discover and experience Indian hip-hop culture at its finest and introduce the next generation of cutting-edge artists emerging from the region.”

The first signee to the newly launched label is Dino James, an independent self-made rapper, singer, songwriter and composer hailing from Sarni in Madhya Pradesh, India. He has over 100 million streams across all platforms till date and over 5 million subscribers on YouTube.

Ankit Gudwani aka Fotty Seven who cites 50 Cent and Eminem as his biggest influences, initially began rapping in English, after which he switched to Hindi to reach the masses. The first releases on the label will be Dino James’ ‘Lost’ and Fotty Seven’s ‘Banjo’, coming later this month.

Def Jam launched Def Jam Africa back in May, 2020.