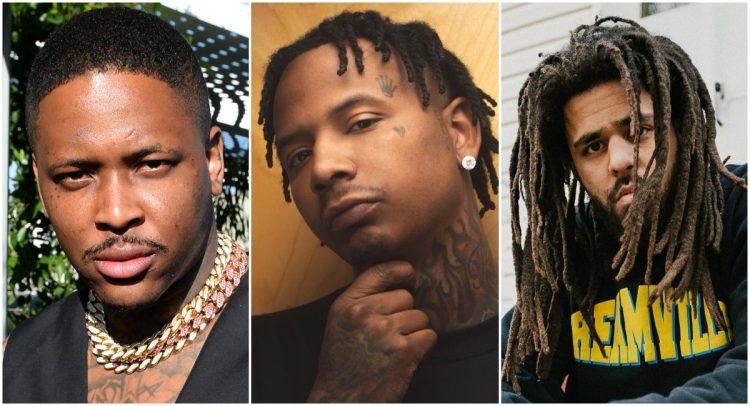 YG started work on his forthcoming sixth studio album late last year and gave us a brief taste with the single ‘Sign Language‘.

That track was real solid in our opinion but didn’t perform as well as the Compton rapper would have liked. However, it looks like YG is starting the run again leading to his album as he shares a new single today named ‘Scared Money’, which we warned you about a few weeks ago.

He takes help from Moneybagg Yo and J. Cole on the track that is available to hear early in some international markets. Cole and Moneybagg have of course collaborated before on ‘Say Na‘ but it’s the first time we are hearing this combination. You might remember that YG went on tour with Cole in 2015 where they formed a good relationship.

UPDATE: The music video is here. He has also revealed the title of his new album: Pray for Me.