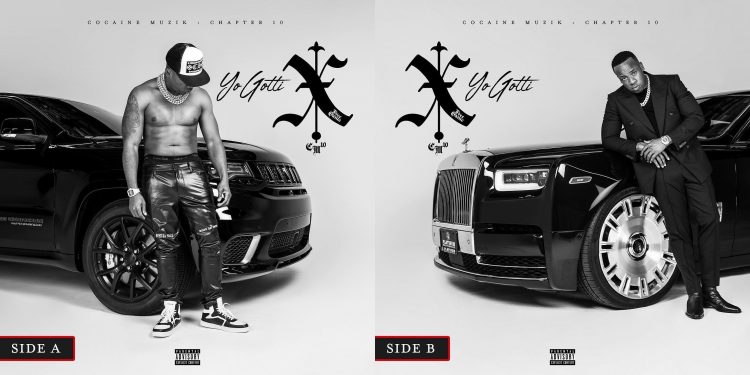 Yo Gotti’s CM10: Free Game album was originally supposed to drop in November of 2021, but it got pushed back the day before the intended release. That month though, we learned that it will be a double-disc album.

The album will now drop this Friday, February 4th. A few days ahead of the release, the Memphis rapper has put out the cover art for the LP.

It looks like he’s really treating each side of the same album as two different albums, because he drops two different cover arts. They’re giving me the same vibes as Tha Carter II, especially the art for Side B, which sees Gotti posing next to a Rolls with a black and white filter.

You can check out both pieces of artwork below.