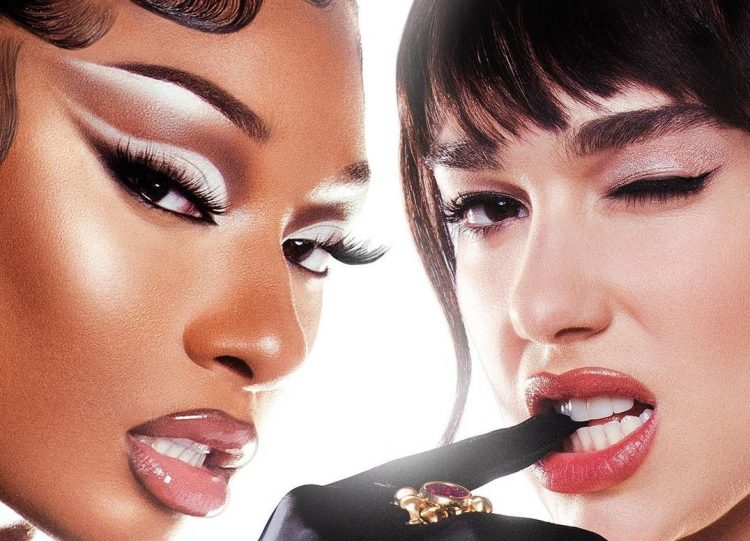 Megan Thee Stallion and Dua Lipa have been teasing their collaboation all this week with different graphics, behind the scenes photos and even a snippet.

The “Levitating” hitmaker first posted a video of a message thread between her and the “Thot Shit” rapper to her Instagram page, followed by Megan giving a taste of the actual song. A couple of days later, the duo unveiled the official artwork and the title of the song, ‘Sweetest Pie’.

The song marks the first collaboration between the two stars and it’s not confirmed whether this will land on Dua’s upcoming album or Megan’s. Or both. Watch the music video directed by Dave Meyers below.

“I felt like it was right because it felt right for both of us. This year with my collabs, I want it to be very organic to me, very organic to whoever I’m collaborating with. And I want us to both really thrive on it and really shine. So when I heard it, I was like, “Okay, this is my type of beat, my 808, my drums. But I feel like it’s a good vibe for her.” You know?” she told Zane Lowe about the collaboration.

When asked if her new album is done, Megan commented, “No. Almost. No, but almost, almost. I feel like as soon as I think it’s done, I’m like, “No, we can use four more songs,” and then I’ll go record five more. And I’m like, “Okay, I don’t want to use any of those.” So I might have a whole nother project of scrap songs that the Hotties could listen to.”