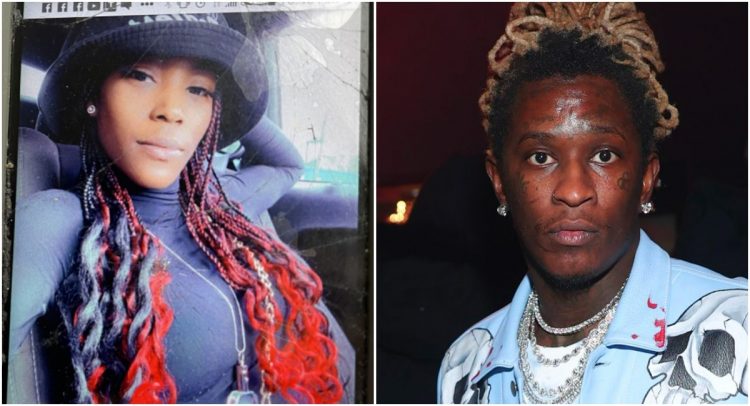 The mother of Young Thug’s child, LaKevia Jackson was reportedly shot and killed at an Atlanta bowling alley on Thursday.

LaKevia was attending her best friend’s birthday when a dispute happened over the bowling ball. The police says they were called to the Metro Fun Center, an entertainment venue with a skating rink, bowling alley and more, just before 11 p.m. Her mother says the suspect waited for 20 minutes for her in the parking lot where he shot and killed her.

“This is truly an atrocity. A young woman has lost her life tonight as a result of an argument over a bowling ball,” APD Homicide Commander Lt. Ralph Woolfolk said. “We will find the person who’s responsible. You know who you are. Go ahead and turn yourself in. We assure you that we will bring you into custody,” he said to the unnamed suspect.

I just spoke to LaKevia Jackson's mom.She says LaKevia went to her best friends birthday @ bowlingalley,a fight over the bowling ball happened then the suspect waited 20 mins in the parking lot for LaKevia before he shot her while she was leaving.Her mom gave me this pic. @cbs46 pic.twitter.com/eycEb1lhOe

“I didn’t know that was going to be the last time I talked to my baby,” her mother, Sherina Jackson, said. “I could hear her over the phone crying and screaming then her best friend said she’s not breathing!”

Police say they have surveillance video of the incident, as well as ballistic evidence and several cooperating witnesses, and are confident of closing the case soon.

Thug performed at an SXSW event last night in Austin, Texas and something looked off during his set, says Billboard editor Carl Lamarre. Our thoughts and prayers go out to the family.

Prayers to Young Thug. Reports are saying his baby mama was killed last night in a bowling alley. I thought something was off during his SXSW performance last night. I can’t even fathom performing with a heavy heart. Senseless killings 😢