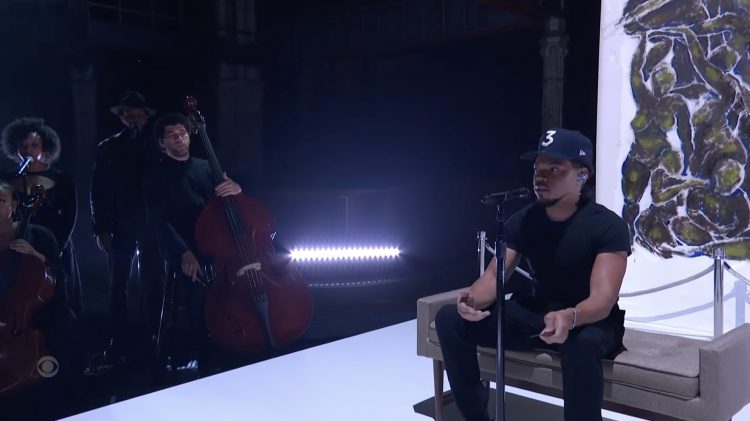 A few weeks ago, Chance The Rapper returned from another few months of musical silence with a new single called ‘Child Of God‘ which features contributions from Naïla Opiangah and Moses Sumney. If you don’t like Chance, it’s not something that’s going to change your mind, but it was a nice return to form for core listeners.

Last night on The Late Show With Stephen Colbert, Chance performed the new song. He did so seated with the assistance of a band and artwork from Naïla behind him. Watch the performance below. Below, you can also check out his interview on the show where he talked about visual art and more.