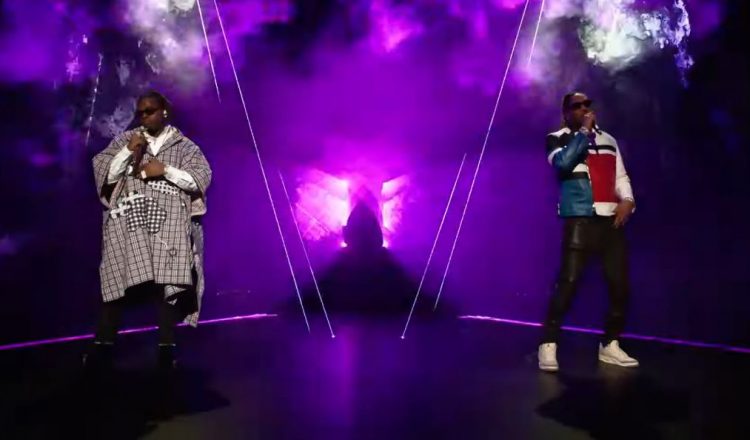 Gunna made his debut on Saturday Night Live last night and enlisted a special guest for a performance of ‘Pushin P’.

The original song features Young Thug as well but Gunna brought in Future to assist him on the song. It was one of the best performing songs on his latest album, DS4EVER. Watch it below.

Apart from the viral hit, Gunna performed the recent song ‘Banking on Me’ covered in Fog. He also joined forces with Pete Davidson as the comedian debuted a new rap called ‘Short Ass Movies’. They rapped about their favorite films like Driving Miss Daisy and Austin Powers.