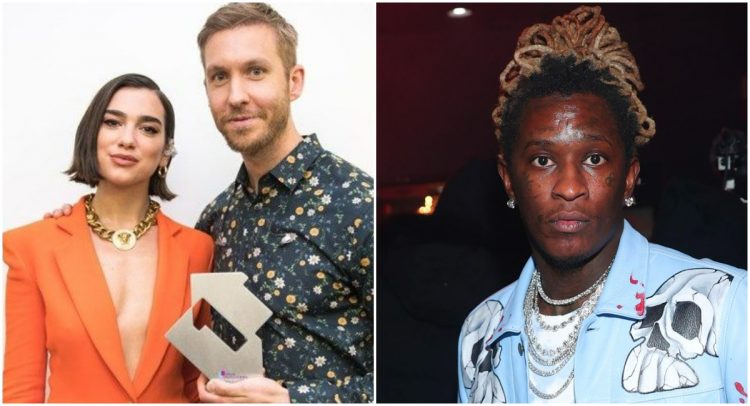 UPDATE: here goes the music video. Watch it below.

The song is the lead single to Harris’ highly anticipated upcoming album, Funk Wav Bounces Vol. 2 which is due this summer. It will serve as the follow-up to 2017’s very successful Funk Wav Bounces Vol 1 and the producer had previously said that a sequel will not release.

The full song has been released today and as expected, it has a Summer ready vibe to it with Thug helping with a verse and Dua Lipa carrying most of the vocals. This is of course not the first time that Harris is working with the guests here. He previously collaborated with Dua on the worldwide hit ‘One Kiss‘ and Thug on ‘Heatstroke‘ which also featured Ariana Grande.

Listen to the new single ‘Potion’ below.