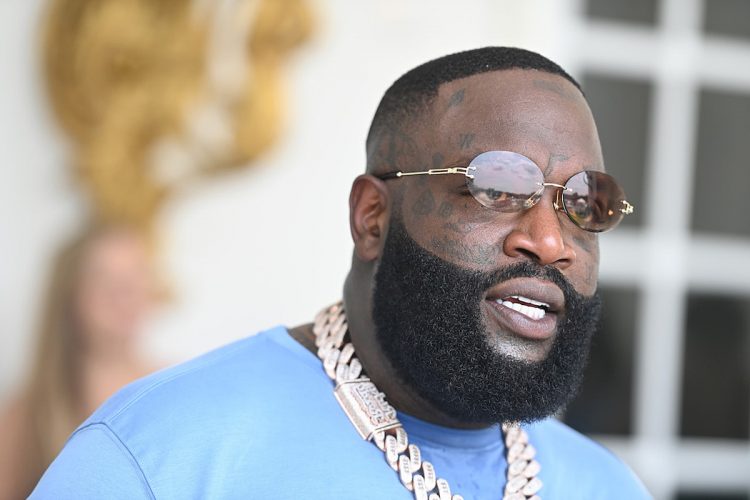 Rick Ross released his last album Richer Than I Ever Been in December last year and then later came back with a deluxe edition in January featuring 3 new songs.

The album did not do well on the commercial front, debuting at the #22 spot of Billboard 200 after selling under 30k. In a new interview with HNHH, he has revealed that it was his last album on Epic Records. He also addressed the fact that he hasn’t won a GRAMMY yet despite being nominated five times and that he hasn’t sold as many records as some of his peers.

“I don’t even know. When you just said that, I was like, “What the f*ck is he talking about?” Ross said. “We really came from the mud with it. And far as we are concerned, any accolade you get is dope. New York Times bestseller is dope. I got it tattooed on the back of my fucking neck. I’ve had two of them. But what means the most is when I step out in the streets. That love to me means much more than any trophy, any accolade. And that’s cool. You can have 20 Grammys, that’s cool. In certain rooms we in, that’d mean a lot more. But where I love to be the most, that means a lot less. Tell the whole Grammy board I’m blowing a kiss at them right now.”

The MMG Boss said he’s now a free agent following the release of his 11th studio album and his taking “huge offers” from different labels including Def Jam, He also revealed that he owns his masters. “It ain’t a different situation for me cause I already owned all my shit,” he said.

Rozay added that he has two singles dropping in the Summer and right after their release, he will tell us the title of his next album.