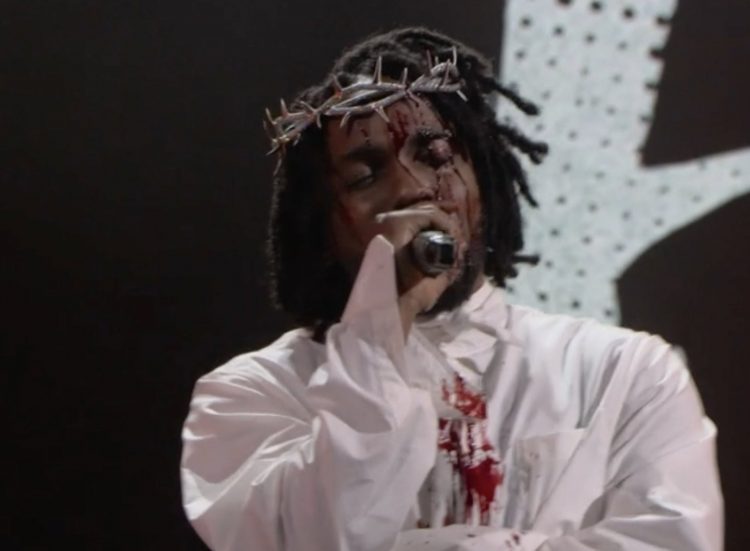 Kendrick Lamar closed out the Glastonbury festival in the UK with a very powerful plea for women’s rights.

K. Dot was the headliner of the popular festival on Sunday and he came out all guns blazing with an ignited set. He performed some of the well known tracks from his past catalog like ‘Money Trees’, ‘Backseat Freestyle’, ‘Poetic Justice’, ‘Swimming Pools’, ‘King Kunta’, ‘Alright’, ‘Hunble’, ‘DNA’ and more but also cuts from his latest album Mr. Morale & The Big Steppers.

Right after performing ‘Savior’, he chanted some powerful words in light of the recent roll back of abortion rights in the US. With blood pouring down his face and a crown of thorns on his head, the rapper chanted repeatedly: “Godspeed for women’s rights. They judge you, they judge Christ.”

He repeated it several times over with each chant becoming stronger in intensity and then dropped the mic and walked off the stage. Watch the footage below.

Check out the fill set list of Kendrick Lamar’s performance below.