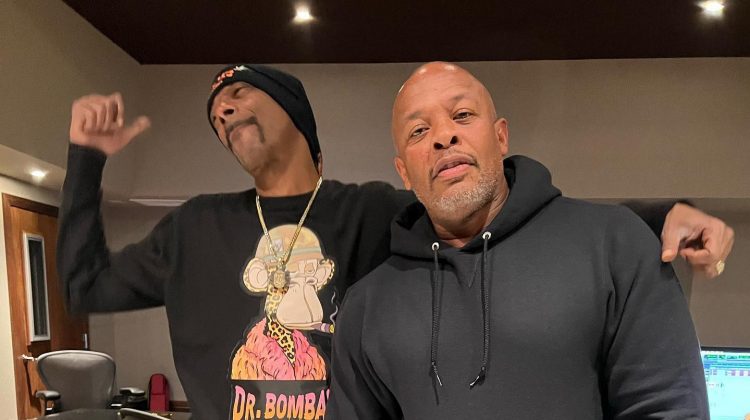 There are rumors going on that Dr. Dre has been working on his long awaited new album Detox which may finally see the light of day soon. Keeping developments of the past in mind, we suggest not to have any expectations though.

But it’s clear that the good doctor is working. In a video shared on Instagram, Dr. Dre is seen in the studio with Busta Rhymes, Dem Jointz and other associates talking about his studio hustle lately, revealing that he recorded about 247 songs during the pandemic and then mentioning producing Marsha Ambrosius’ whole new album. He had revealed the title of it, Casablanco last December.

“I did 247 songs during the pandemic, then we paused, did a whole album with Marsha Ambrosius. That’s f*cking nuts, that’s crazy,” Dre said. “Then we came back… what did we do after that? Oh, I did the Grand Theft Auto sh*t and then we working on… Snoop,”

Dre then said he has already done 6 tracks for Snoop’s next album. “We two days in right now, we got, what, six bangers done? So, I don’t know. I wanna finish this sh*t and then start Busta Rhymes.”

Watch the clip above. The super producer did not confirm if the 247 songs are his own or collaborations with others but we’re pretty sure it’s the latter.