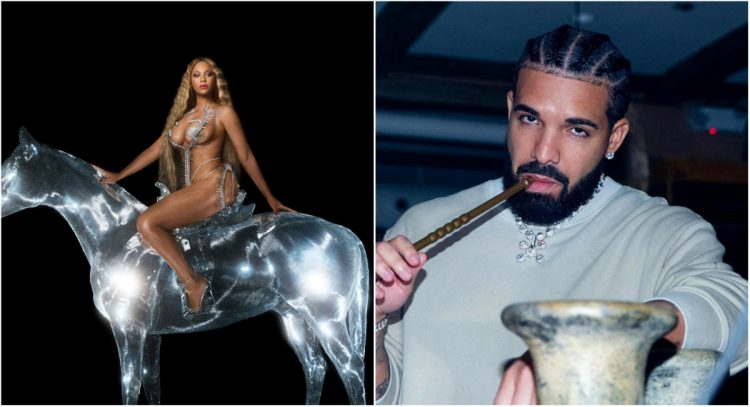 The world is anticipating Beyonce’s forthcoming new album RENAISSANCE which will be available music is streamed on July 29th.

Fans will of course be able to buy physical copies on the album as well, through multiple retailers and the queen’s official website here. Now that the iTunes pre-order has also gone live along with the tracklist which she revealed earlier on Wednesday, it has also revealed a bunch of credits on songs from the LP.

The most striking among all is Drake who is credited as a writer/producer on the track 11, ‘Heated’. It is produced by Drake’s regular collaborators, Boi-1da, Jahaan Sweet and Sevn Thomas as can be seen in the screenshot below. A snippet of a song apparently titled ‘Heated’ leaked on the internet a couple of months ago and fans speculate that it could be the same tune we’re getting next week.

It also appears that The-Dream has written on or produced on most songs on the album while other contributors include Raphael Saadiq, Hit-Boy (on ‘Thique’) and Mike Dean.