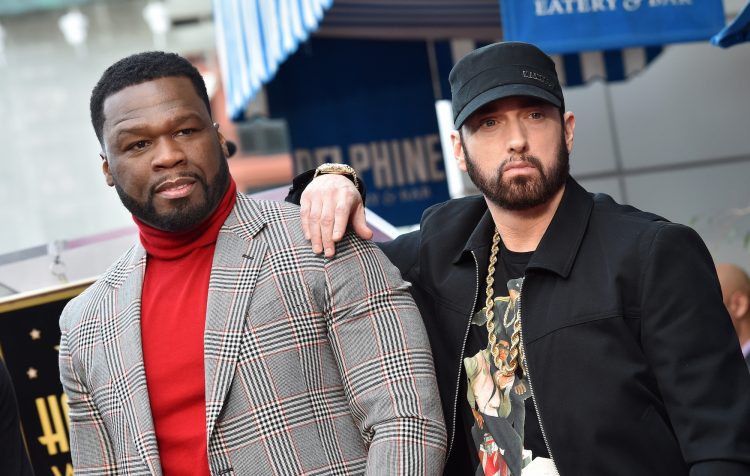 On August 5th, Eminem is releasing his new album Curtain Call 2. Like the first one, it’s made up mostly of a compilation of songs from Em’s last few albums since his return. However, there will be three brand new songs on there. Two of those are already out (‘The King & I‘ and ‘From The D 2 The LBC‘) but now we know what the third song is and it’s a crazy one.

On their website for the 2LP vinyl, Target has revealed that the third song will be ‘Is This Love’ featuring 50 Cent. It’s an unreleased song from 2009 and it’s reportedly produced by Dr. Dre. It’s revealed on the sticker for the vinyl. A collaboration between Eminem and 50 is something fans have been hoping for for a long while and while this is an old cut, it’ll certainly fill the void.