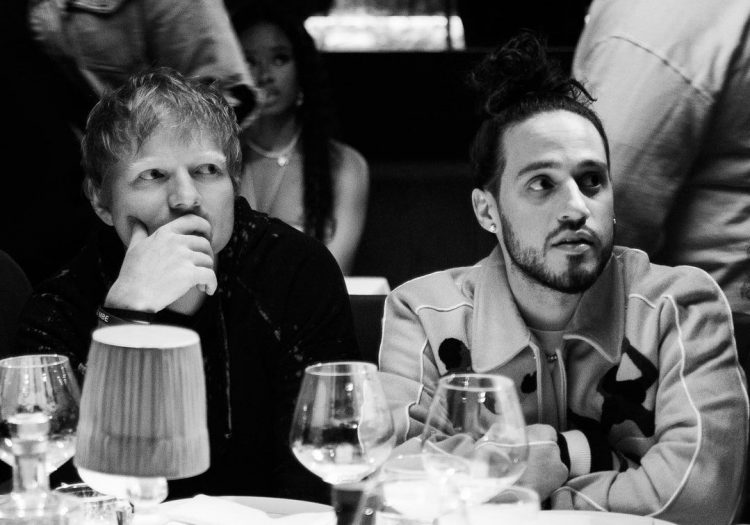 Russ and Ed Sheeran have joined forces on the new single ‘Are You Entertained’.

Russ, who’s had massive success as an independent artist, has been teasing a collaboration with the Pop star for quite some time. He first revealed the song during an interview on BBC back in April. The full song is here for our listening pleasure.

The song structure is interesting because it’s not your typical pop hit but still has elements of doing well on Top 40 radio. Russ and Ed are also offering the official music video along with the release. This is a big one! Listen + watch below.

Said Russ on the collaboration and video:

“I’m so grateful for this moment. I walked up to Ed at a restaurant (Carbone) and assumed he didn’t know who I was. Just wanted to introduce myself and say what’s up. Next thing I know I’m eating pasta and drinking wine at his table talkin bout everything. Fast forward and we had this song and we wanted to shoot a video to it so he introduced me to Jamal Edwards, a brilliant visionary and special soul who wrote the treatment for the video. We went back and forth on ideas and we were all super excited. The day before we were supposed to fly out to London we got the tragic news that Jamal had passed away. I had never met Jamal other than those emails but I can tell he was a special person. The way Ed, Jamal’s mother Brenda, his sister Tanisha, the director Jake Nava, the producer Ali and everyone else who worked on this rallied together and still wanted to make Jamal’s vision come to life, showed the impact he had. All I wanted to do was make sure I did my part in facilitating making his exact treatment come to life. I’m just beyond grateful that all of y’all let me be apart of something so special. Special thank you to everyone who made this happen and thank you to Brenda Edwards for being such a warrior of love and light. RIP Jamal Edwards.”