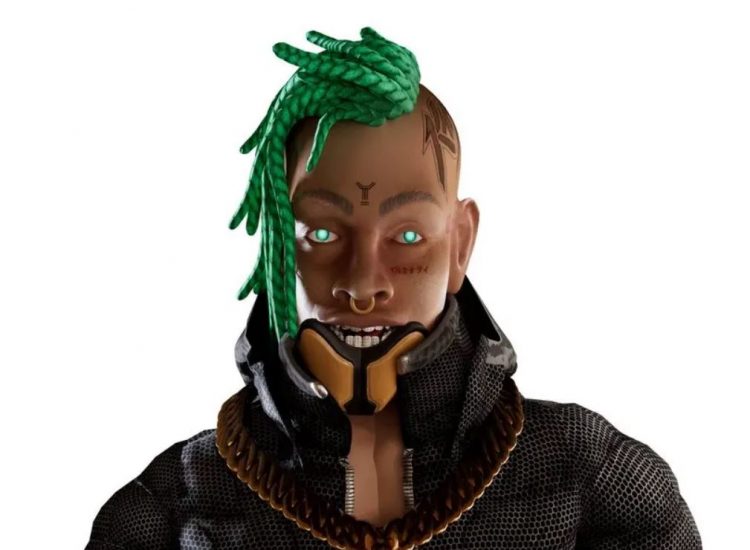 Capitol Records has announced it has severed ties with AI rapper FN Meka after a huge backlash online about the insensitive execution of it.

FN Meka is a virtual “robot rapper” powered partly by artificial intelligence, who boasts more than 10 million followers on TikTok. In a press release on August 12, Capitol had announced the signing with the release of the latest single ‘Florida Water’ featuring Gunna and gaming streamer Clix.

“Artist, influencer and Web 3 resident, all in one, FN Meka blurs the line between humans and computers. With his over-the-top flexing and extravagant sense of style, he has rapidly amassed billions of impressions across the internet since the independent release of his singles “Moonwalkin,’” “Speed Demon” and “Internet,” the press release received by us said. Clips of him performing songs using the n word and an image shared on one of Meka’s accounts of the rapper being brutalized by police had gone viral on social media.

Capital has now dropped FN Meka from its roster. “CMG has severed ties with the FN Meka project, effective immediately,” the label said in a statement. “We offer our deepest apologies to the Black community for our insensitivity in signing this project without asking enough questions about equity and the creative process behind it. We thank those who have reached out to us with constructive feedback in the past couple of days-your input was invaluable as we came to the decision to end our association with the project.”

WHITE MUSIC EXECS LEFT IN A ROOM, UNSUPERVISED:
let's create an artificial rapper who says the n word & simulates our deepest fetishes & fantasies about blackness & materialism & he will never get arrested unless we want him to which is a fun storyline let's try that pic.twitter.com/9nDdqXdpbw

Just hours before the decision was announced, nonprofit known as Industry Blackout, which formed in 2020 to pursue equity in the music business, had called out Capitol for a public apology. They also asked the Universal backed label for donation of any funds spent by Capitol on the project to charity and the budgets of Black artists on the label.

One of Capitol Records’ newest signees is @fnmeka, a rapper created from artificial intelligence pic.twitter.com/RX8XolmFNw

“We find fault in the lack of awareness in how offensive this caricature is,” Industry Blackout wrote in an open letter posted to social media. “It is a direct insult to the Black community and our culture. An amalgamation of gross stereotypes, appropriative mannerisms that derive from Black artists, complete with slurs infused in lyrics.”

Anthony Martini, the co-founder of Factory New who created FN Meka said in 2021 that he was voiced by a human, but its lyrics and song structures came from AI. “He was created using thousands of data points compiled from video games and social media. As of now, a human voice performs the vocals, but we are working towards the ability to have a computer come up with and perform its own words – and even collaborate with other computers as ‘co-writers’.”