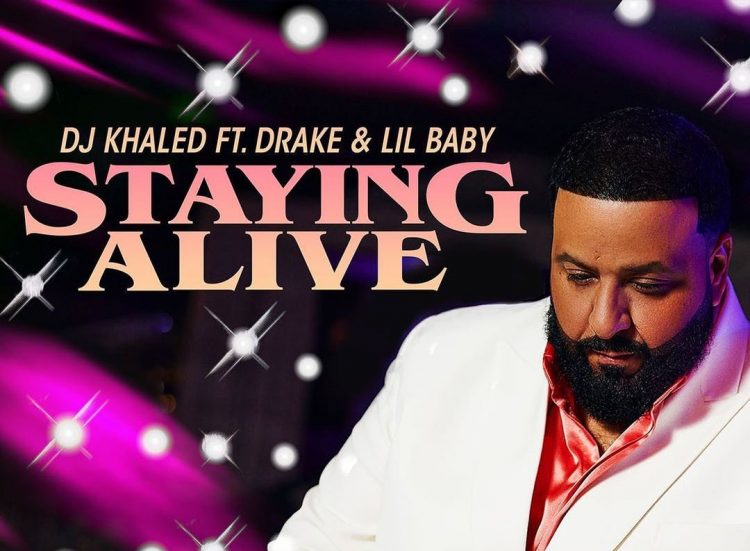 DJ Khaled warned us yesterday that he will have some big announcements to make on Tuesday and asked “fan love” to get “some rest.”

The DJ and producer has revealed that the first single from his upcoming album God Did will be ‘Staying Alive’ featuring Drake and Lil Baby. It will drop along with a music video on Friday, Aug. 5th.

Apart from the above, Khaled has also announced that his album God Did will release Aug. 26th. Check out the announcement via Instagram below. Yesterday, Khaled revealed that he has secured a Jay-Z feature for the album.