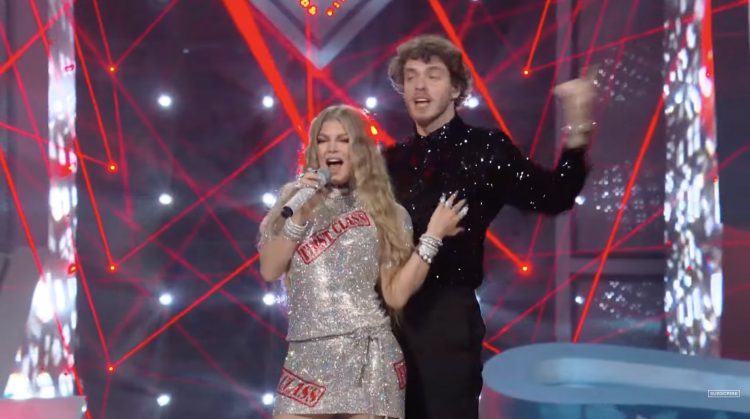 Jack Harlow is one of the bigger names performing at tonight’s MTV Video Music Awards. His album Come Home The Kids Miss You essentially cemented him in the game and he’s been reaping the rewards ever since.

Tonight at the VMAs, the rapper performed his hit single ‘First Class’ with a fun twist. He brought out Fergie, whose smash hit ‘Glamorous’ is of course sampled on the song. She went into her rendition of the song by the end but it was a great moment between two different generations of artists.

Check the performance out below.