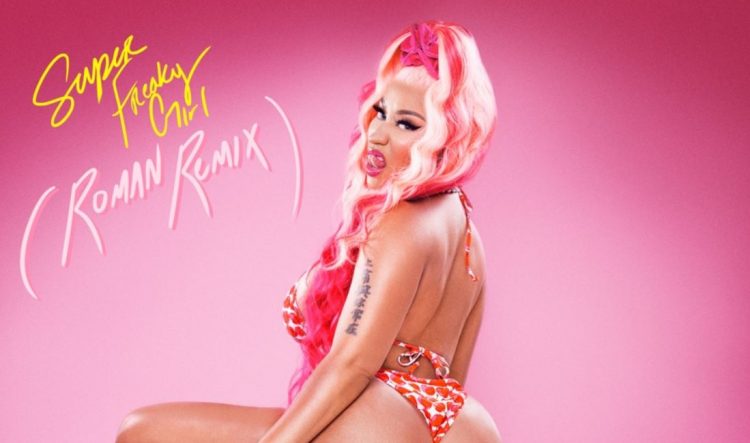 Nicki Minaj’s latest single ‘Super Freaky Girl‘ has gotten off to a good start on both streaming radio. It was the top added song on both Pop and Rhythmic stations countrywide this week.

Currently, it looks like the song will debut inside top 3 of the Billboard Hot 100 comfortably but to give it a fresh boost, the rapper has released a new version of the Rick James-sampled song. The extended version carries one whole extra verse at the end and channels her “roman” alter ego.

This is the first time in many years that the Queen rapper is using “roman’ in the title of a song or album. Listen to it below.