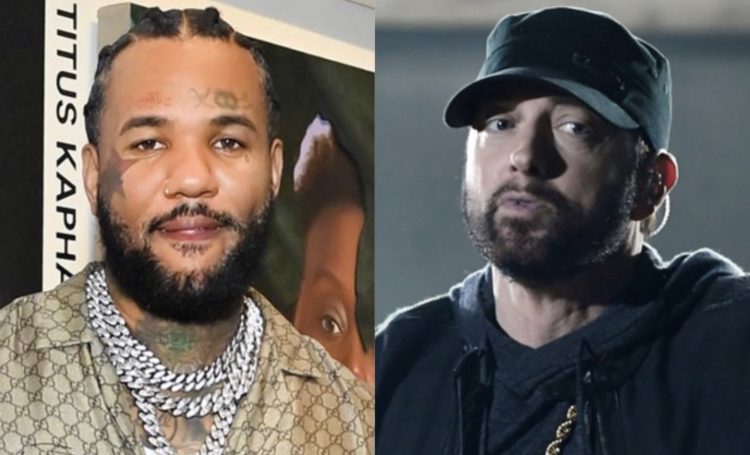 Later on tonight, The Game will release his new album DRILLMATIC: Heart Vs. Mind. The rollout for it, like with any album from the Compton rapper, involved a lot of throwing people’s names in the mud and this cycle, one of those names was Eminem’s.

First he started out saying he was better than Em and challenged him to a VERZUZ. He continued on saying things like never hearing his music in clubs and saying he was a better rapper and it really felt like he was trying to bait Em into a diss. Wack 100 even came out and said that The Game was going at Em on his single. That never came as a single but today, we get to hear it.

On the track list for the upcoming album is a song called ‘The Black Slim Shady’. Fans are hearing it now and it is indeed a 10 minute long Eminem diss track. The first couple of verses, the rapper uses Em’s style and on the next couple of verses, he goes at him. He says Em pretends to be Royce, mentions Hailie and Kim and says Em’s old stuff was better, amongst other things.

Check it out below. What do you think? Last night, a 50 Cent reference song for The Game’s ‘Higher’ surfaced online.