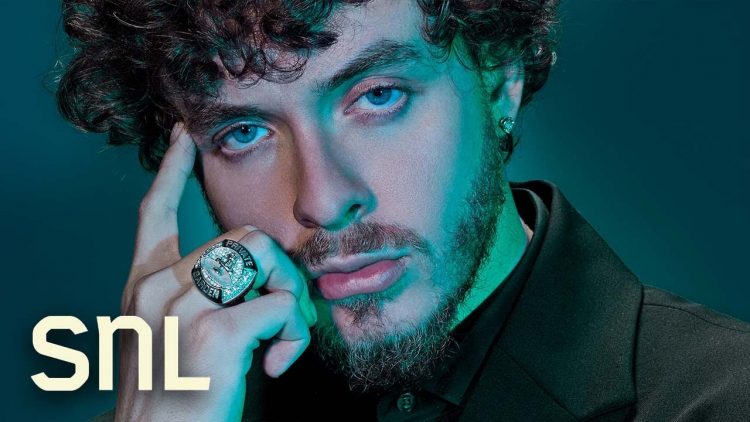 Jack Harlow returned to SNL on Saturday night (Oct. 29), this time as both a host and performer.

Jack later came back to the stage to do ‘State Fair’ — all songs appear on his sophomore album Come Home The Kids Miss You which released back in May.

The performance marks Jack’s second-ever on SNL, as the Louisville native made his debut back in March 2021 when he was not as big as he is now. At the time, he performed a mash up of songs ‘Tyler Herro’/’Whats Poppin’ as well as track ‘Same Guy’ from his debut album.

Jack had some fun monologues as well. He joked that people assuming he’s had a romantic relationship with good friend Lil Nas X. “People have tried to romantically link me and Lil Nas X as an item. I’m going to tell you right now — no. Everything that happened between us was casual and consensual and one of he best nights of my entire life,” he said. He then clarified, “Working with him, working with him.”